Yorkshire Vikings have never won the T20 Blast and have only made it to the final on one occasion. That came in 2012 when the team, then known as Yorkshire Carnegie in limited-overs cricket, lost to Hampshire Royals at Sophia Gardens in Cardiff. The Vikings have also been known as the Phoenix in the past and represent Yorkshire County Cricket Club in the T20 Blast. They have not been able to match Yorkshire’s success in the red-ball game, currently standing at 33 County Championship titles.

A lack of T20 success must be considered when considering a bet on Yorkshire in future T20 Blast tournaments. It has been a frustrating time with failure to get out of the group stages and into the quarter-finals in the last three seasons. They have not made it to the T20 Blast Finals Day since 2016 despite having a team capable of doing better. However, that talented group of players might finally be able to realise their potential if key new signings gel quickly. The arrival of Dawid Malan from Middlesex could prove decisive.

Top 22 Sites for Betting on the Vikings

How to Bet on Yorkshire Vikings in the T20 Blast

Anyone keen to back Yorkshire to finally have an impact in the latter stages of the Blast should sign up with one of the cricket betting sites that welcomes Indian customers. Many want to attract cricket fans from India and will offer a number of bonuses for new customers. Many of the best bookmakers will allow you to withdraw and deposit in rupees with many different payment methods. Signing up is a quick and easy process that will have a world of cricket markets at your fingertips in a few minutes. We have put together a host of reviews on the best Indian bookmakers to help you decide which one is best for you. Be sure to check them out. 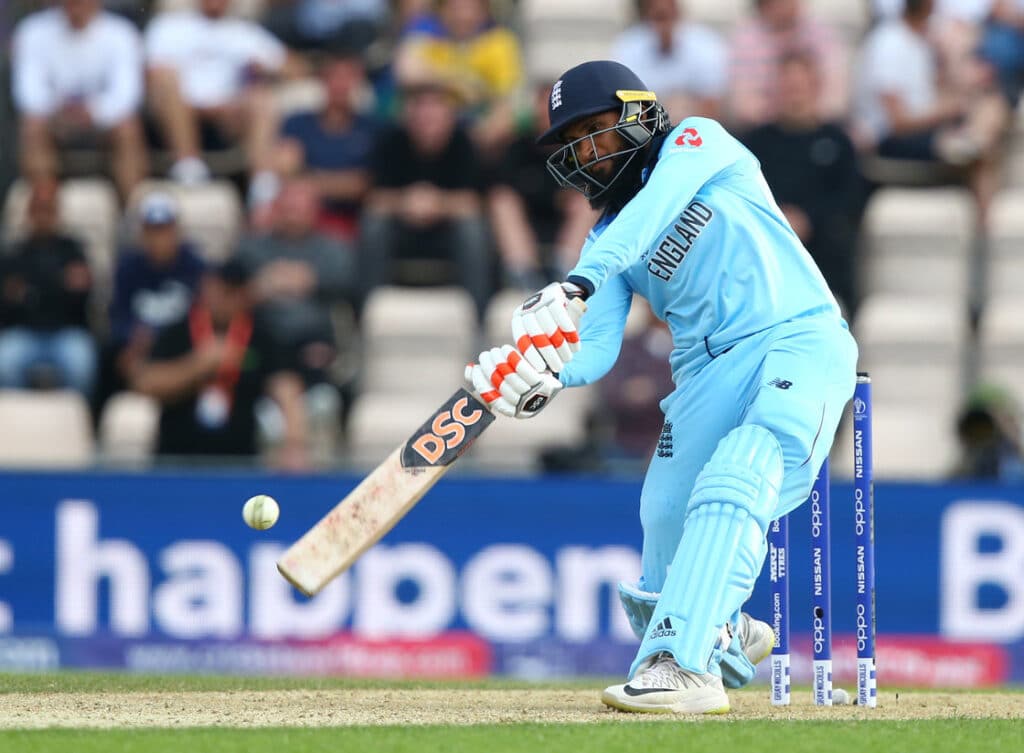 Can the Yorkshire Vikings win the T20 Blast?

History tells you that Yorkshire have struggled in the T20 Blast over the years, especially in recent seasons. That has been more about failure to realise their potential rather than a lack of ability within the squad. It means that the Vikings are capable of winning the T20 Blast for the first time should they finally hit on the right formula for success. They have a good balance to the team and shouldn’t be ruled out. It wouldn’t a surprise if they were to make another finals day when action gets back underway.

The big news for Yorkshire ahead of the T20 Blast is the arrival of England batsman Dawid Malan from Middlesex. Malan is a brilliant left-handed T20 batsman and adds imposing power at the top of the order. His addition to the talented Tom Kohler-Cadmore, Adam Lyth and Gary Ballance means the Vikings should be feared in the Northern Division.

West Indies wicketkeeper-batsman Nicholas Pooran was also signed up as their overseas player ahead of 2020 after impressing last term. In the bowling department, YCCC might have Adil Rashid in their ranks if he’s not on England duty as well as Kolpak player Duanne Olivier. David Willey, all-rounder Bresnan and batsman Ballance add even more experience. Any time Jonny Bairstow is free from international commitments is another massive bonus.

We will be sure to bring you all the latest updates and Yorkshire squad developments as the new campaign nears. How their starting line-up is shaping up and how this affects their odds will all be covered. 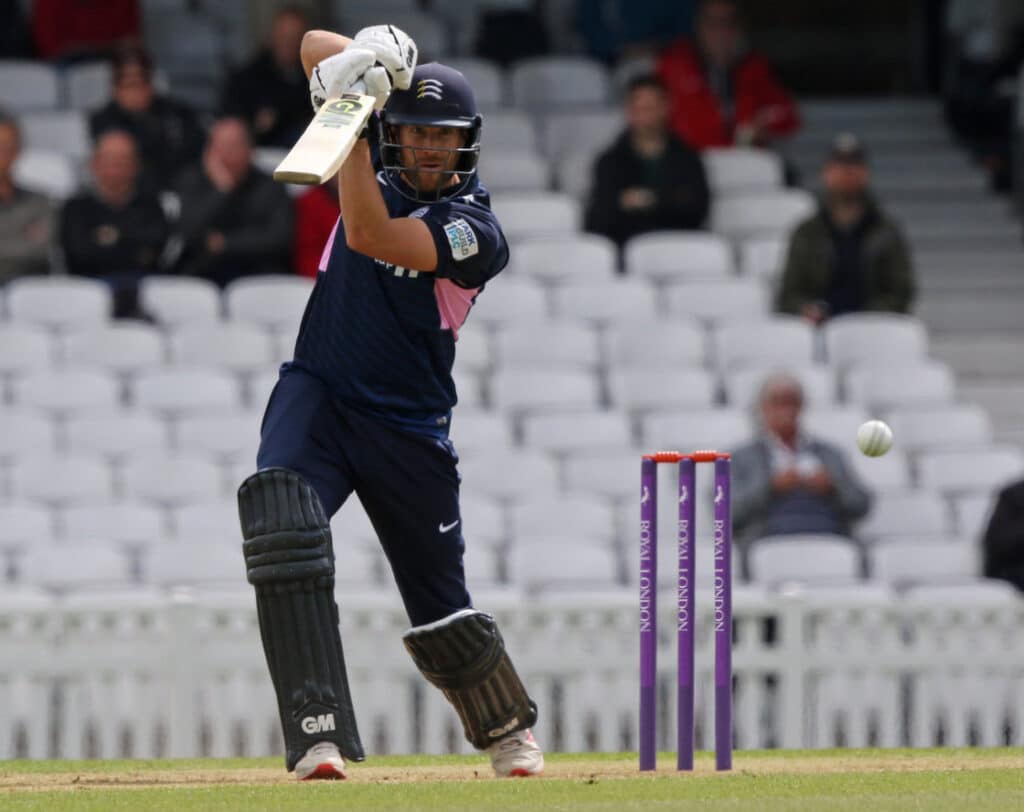 T20 Blast Schedule 2020 – When are Yorkshire Vikings next in action?

The full schedule for the T20 Blast will be available on our site ahead of the next tournament getting underway. We will also be working to provide details of every start time and venue so you have everything you need when looking to bet on the Vitality Blast from India.

Each fixture in the tournament will come with an in-depth match preview and free betting tips and live match information. These will include a result prediction, the latest odds and any important squad news in the build-up. We will also be sure to take a look at the opposition to the Yorkshire Vikings, particularly for big games such as the Roses derby battle with Lancashire. Other important clashes in the Northern Division with the likes of Derbyshire, Nottinghamshire and Northamptonshire will also be put under the spotlight.

Tips for the Yorkshire Vikings

Anyone wanting to bet on the sport from India will be able to get our free cricket betting tips for every Yorkshire match in the Vitality Blast. These will come as part of our match previews and will also include predictions on who will win and other markets to be interested in. Our site will also offer general tournament tips as well as match-to-match advice and live betting information. Look for these expert free tips on our general T20 Blast tournament page or in the special betting sections of our previews. We will also make sure to include links to the best bookmakers, such as the bet365 cricket odds, when giving our picks.

Does playing at Headingley help the Vikings?

Yorkshire CCC in the County Championship and the Yorkshire Vikings in the Blast play their home games at Headingley Cricket Ground in Leeds. It has never held at T20I fixture but fans get to see the shortest format thanks to the Vikings’ T20 Blast action. Another thing to think about when betting on the Vikings is their recent home record. It is an area they will be keen to improve on after a disappointing time in 2019. They picked up just one win in seven matches, with three defeats, two abandonments and one tie. 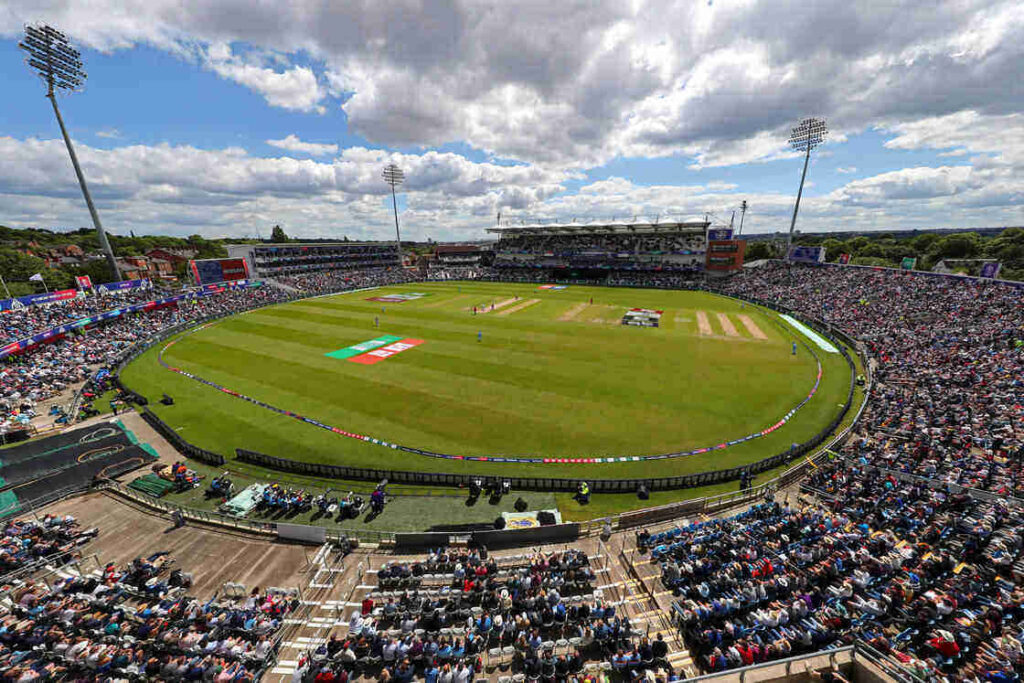 Cricket fans in India can watch their favourite sport with the help on the best online bookmakers. Many offer access to live cricket streaming as long as you have an active account and positive balance. It means you can not only bet on the T20 Blast but also follow how your bets get on via your phone or laptop. It’s a great way to watch Yorkshire cricket live, especially when they mean rivals Lancashire. This also opens up a world of live betting markets too and gives you the chance to make bets while the action is taking place. Betting on the next wicket to fall, amounts of runs in the next over or who will take the next wicket are just a few of the markets available.

News of the T20 Blast and Yorkshire Vikings

Anyone interesting in both watching and betting on the T20 Blast in England will also want to know the latest news updates from the tournament. This information, be it injury news or thoughts from players, can all help when placing a bet. Our site will have all this covered for you in a number of different areas. We will make sure the updates are available within each individual match preview piece but also highlighted in the news section of our site.

Adam Lyth leads the way in the top run-scorer list for the Vikings. He is among a crop of current players that are in the top 10 and looking to push further up the list when the Blast returns.

Former England man Tim Bresnan sits at the top of the T20 wicket-taker table for the Vikings. He has well over 100 wickets to his name after featuring for the team since 2003.

There have been plenty of overseas stars to have a big impact on Yorkshire cricket over the years. A host of Australia crickets have arrived at Headingley to put in some impressive showings.

The Australian pace ace was only with the team for one spell with Yorkshire CCC in 2012 but took 21 wickets in just 10 memorable matches. Another Aussie to star for the White Rose during another brief but notable spell was fast bowler Jason Gillespie. He took 17 wickets in 17 innings in 2006-07.

OPEN / CLOSE ALL
How do I bet on Yorkshire Vikings in the T20 Blast?

Anyone wanting to bet on Yorkshire should open an online betting account with the best betting sites in India. Bookmakers that accept Indian customers will give you the opportunity to bet and withdraw in rupees and offer a number of welcome and loyalty bonuses.

Who is the head coach of Yorkshire Vikings?

Yorkshire CCC and the Yorkshire Vikings are coached by former player Andrew Gale. He leads them in the County Championship, T20 Blast and One-Day Cup.

Where do Yorkshire play?

Yorkshire County Cricket Club and their T20 team the Yorkshire Vikings play their home games at Headingley Cricket Ground. The stadium, which is based in Leeds, hosts Test and ODI cricket but hasn’t yet held an international Twenty20 match.

Will the T20 Blast be hit by the Coronavirus pandemic?

The ECB announced that the T20 Blast will be one of the tournaments to be prioritised when cricket returns following the coronavirus (COVID-19) outbreak. It was due to start in May 2020 but will now begin later in the year. All the updates on coronavirus delays and when a restart is likely will be available in our news section.

Where can I find free betting tips for the T20 Blast?

People keen to have a bet on the T20 Blast should take a look at our free betting tips. These can be found in our match previews and our main tournament page. All the best betting tips are there as we as the latest odds and news updates.

Have Yorkshire Vikings ever won the T20 Blast?

No. The Vikings have never won the T20 Blast. The closest they came was in 2012 when losing in the final to Hampshire.

Chris
Chris is passionate about all forms of cricket and loves writing about the sport. He has a background in both sport and news journalism and has written cricket and other sports content for several years now. Chris has written about all levels of the game from regional club cricket in England to the international stage. He now brings that experience to the iGaming industry where he combines it with his love of betting. Chris loves to bet on many different sports, but particularly enjoys seeking out the best value bets on offer and passing that on through his coverage.
Home > Teams > Yorkshire Vikings