The Ranji Trophy is the premier first-class cricket tournament in India and is popular for those who like to bet on Indian cricket, but not necessarily at Test, ODI or T20I level. The first Ranji Trophy tournament was played in 1934 and it has flourished since under the BCCI. Several great Indian cricketers made a name for themselves in the Ranji Trophy before getting an international call-up. It has had several format over the years, creating all sorts of variations for Ranji Trophy odds on a specific cricket match. Nowadays, the 38 teams (from a regional state or cricket association) compete across the Plate Group, Elite Group C – and Elite Group A and B.

Betting on the Ranji Trophy – Everything You Need To Know

Looking for the latest Ranji Trophy betting odds across some of every cricket tips website before placing your wager is good advice and can offer good value. It’s good practice to use some of the best Indian cricket betting websites for research before placing your preferred bet. The best online bookmakers for the Ranji Trophy offer a variety of odds before and during the cricket matches. They have latest odds tied to the latest fixtures, with top batsman and top betting markets as well as outright markets. Some of the cricket odds offered are on home team to win, draw and away team to win the Ranji Trophy match.

The best online sites for betting on the Ranji Trophy in cricket offer the ability to do transactions in rupees. You can make payments and withdrawals in Indian currency with the best banking methods for cricket betting and consider the pros and cons of Skrill vs Neteller India customers need to know. Take your time about combing through the various offers around, too. Welcome bonuses and loyalty promotions are among the hallmarks of the best online cricket betting websites in India. LeoVegas Sport, Rizk, 10Cric, Bodog, Dafabet India, Royal Panda, 888sport cricket and more are among the reliable bookies in India. We have trusted and tested reviews on them.

The fixtures for the next Ranji Trophy have not yet been announced. When the full list of fixture for the Ranji Trophy are available, we will update this page with all the necessary information. From there, you can plan your betting better. We will have all the start times, venues, dates and match-ups. The Ranji Trophy will be accompanied by match previews and free cricket betting tips from our team of expert writers. Their insight into the game and experience in the betting industry will help improve your betting experience.

If you rare looking for the latest Ranji Trophy betting tips, predictions and odds, then you have come to the right place. We are excited to bring you the best information around to help improve your betting experience on the Ranji Trohy and other tournaments in India like the Vijay Hazare Trophy and Indian Premier League. We pretty much have every cricket tip in the book to help you make informed decisions for your Ranji Trophy betting. Having followed the careers of Cheteshwar Pujara, Ravindra Jadeja, Anustup Majumdar, Bharath Seervi and others from season to season, we have most of the insight you require to bet on Bengal, Saurashtra, Vidarbha, Delhi and more.

From Saurashtra and Himachal Pradesh to Baroda and Tamil Nadu and 34 others, the Ranji Trophy has one of the biggest selection of markets in world cricket. Many first class series are limited to eight to 20 teams, but in India the leading domestic cricket tournament had 38 teams as of the Ranji Trophy 2019-20 season and will continue that way. Of course, toward the end of the rounds, only the most in-form teams make it into the quarter-finals and from there are able to secure a semi-final berth. 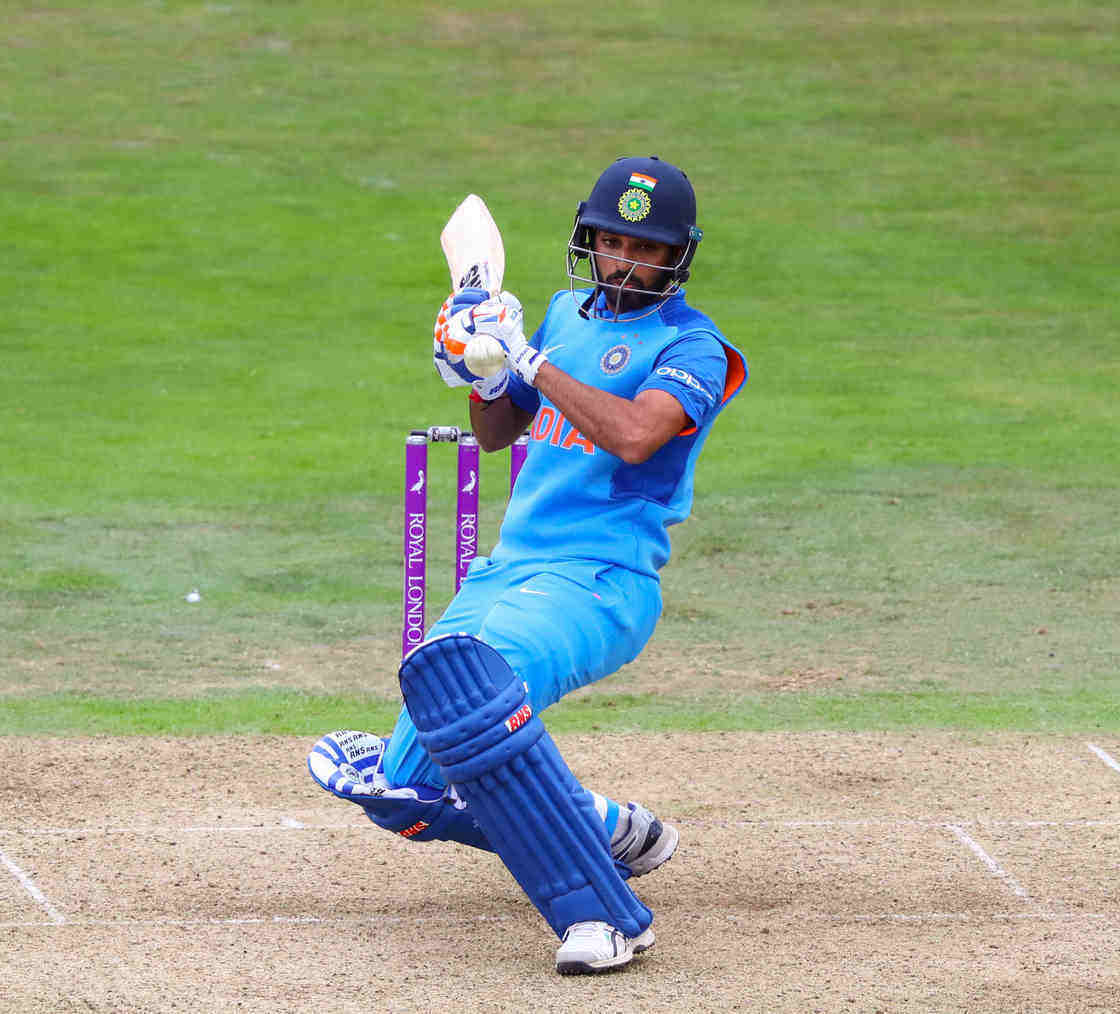 Before the quarter-finals or a semi-final, round-robin matches occur. They are played across four days each. Knockout matches are five days. If there is no result in a knockout match, the team that led after the first innings is declared the winner. That happened in the 2019-20 final, when Saurashtra beat Bengal on first-innings runs.

The record-breaking Wasim Jaffer played for Vidarbha and Mumbai from 1996 to 2020 and has the most runs in the history of the Ranji Trophy. His 40 centuries are the most in the tournament and he was the leading run-scorer in a Ranji Trophy season once.

Amol Muzumdar played for Mumbai, Assam and Andhra. He was never capped by India, but went on to work with the South Africa national cricket team as a batting consultant. His 28 centuries are the joint third-most in Ranji Trophy history.

Devendra Bundela only played for Madhya Pradesh from 1995 to 2018. He is the third-highest run-scorer in the Ranji Trophy overall. He has inspired other Madhya Pradesh’s current stars such as Naman Ojha to great heights. Ojha is frequently among the Madhya Pradesh top batsman odds.

Rajinder Goel was a left-arm spinner who played for Patiala, Southern Punjab, Delhi and Haryana from 1958 to 1985. He has the most wickets in the Ranji Trophy. His son Nitin Goel, followed in his father’s footsteps by playing several seasons for Haryana.

Srinivasaraghavan Venkataraghavan was an off-spinner who played for Madras and Tamil Nadu from the early 1960s to early 1980s. He has the second-most Ranji Trophy wickets. He took a prolific 58 wickets for Tamil Nadu in the 1972-73 season.

Sunil Joshi was named the Board of Control for Cricket in India’s (BCCI) selection committee chairman in 2020. During his playing days, he was a talented left-arm spinner who could bowl well on almost any wicket. He played for Karnataka from 1992 to 2007. Like Jaffer, he arguably should have played more international cricket than he did.

Jaydev Unadkat, Vinay Kumar, Cheteshwar Pujara, Ravindra Jadeja and several others are among the Virat Kohli. Jaydev Unadkat was particularly prolifice during the 2019-20 Ranji Trophy season.

As one of the new and reliable cricket betting websites in India, we have live cricket news compiled by our expert analysis team. They collect news from the Ranji Trophy teams and squads, updating our news page with all the information you might need to have a better betting experience. Knowing that Wriddhiman Saha and Pujara are playing for Wriddhiman Saha but Ravindra Jadeja is not in the Bengal XI, for instance, might influence who you bet on. This was the case for the 2019-20 Ranji Trophy final and the news helped bettors make decisions about their wagers. Alongside the latest news, we have match previews with the latest Ranji Trophy betting odds and tips for cricket betting markets for you.

Pre-match betting, best odds, reliable deposit and withdrawal methods and what bonus system is on offer are central to live betting on the Ranji Trophy. Placing a bet before the match and seeing how it goes during the match adds to the entertainment value. You can then look to place other live match bets based on the outcome of your pre-match bet. For instance, you might have bet on Bengal to score more runs in the first innings than Saurashtra or perhaps your match prediction had Delhi backed to score the first century before Vidarbha. Once those instances have taken place, you could use cricket live betting to place a wager on the next method of dismissal and wicket – or see if the player of the match odds have changed based on what has happened in the match so far.

The Best Mobile Betting Sites For the Ranji Trophy

The best mobile betting sites for Indian customers separate themselves from the rest in a few ways. Having a live cricket streaming service is one such way. They might not be able to offer Ranji Trophy live streaming online for each match, but they might be able to cover the most important games. You probably won’t be required to bet on the match you want to watch, but you can if you want to. You will likely have to have an active account with a positive balance with the preferred bookie – bet365 live streaming is a good example of this. Check the terms and conditions, though, as sometimes there are restrictions in place for your viewing, depending where in India you are based.

Factors to consider when choosing a mobile betting site

Ranji Trophy Winners – Who Has Won The Most Titles

Mumbai have dominated the Ranji Trophy, winning more than four times as many titles than any other teams. Karnataka are second to Mumbai, but by a long way. Services, Bihar and Northern India have played in one or more Ranji Trophy final, but never won. Eight teams had won the Ranji Trophy title twice, until Saurashtra made it seven by winning a maiden Ranji Trophy title as their current name (but third overall) in 2019-20.

OPEN / CLOSE ALL
What is the best betting site for the Ranji Trophy?

The best online cricket bookmakers offer live odds and other betting markets on the Ranji Trophy. They allow you to make payment and withdrawals in rupees and offer promotions such as welcome offers and loyalty bonuses.

Where can I find Ranji Trophy tips?

We, at Cricketbetting.org, have a team of expert writers with years of experience in the gaming industry. We bring you free betting cricket tips for the Ranji Trophy and other cricket in India. Our match previews will help inform your betting decisions as well.

Is Skrill legal in India?

Skrill is among the best banking methods available to those wanting to place a cricket bet in rupees. Skrill is legal in India.

Which channel telecasts the Ranji Trophy?

If you can’t access Ranji Trophy coverage via television, then streaming Ranji Trophy matches live online is an option via the best online bookmakers. Some of them have live streaming services. They also have live scores and scorecards.

Jonhenry
Jonhenry is a cricket nut. He has written about the game for several years and knows more about South African cricket - club cricket, in particular - than most. He has been published on most reputable cricket sites and, nowadays, devotes his knowledge of the global game to the iGaming industry. When he is not producing content about cricket, Jonhenry is playing, watching or coaching it. If not that, he's reading about the game or administrating his local cricket club.
Home > Cricket Odds for International and Domestic Tournaments > Ranji Trophy