Peshawar Zalmi won the Pakistan Super League in 2017. As one of the former champions, they are among the favourites in cricket betting for the PSL. They recruited well at the PSL draft 2020 and have kept some key players from the previous tournament.

For those looking to bet on Zalmi in the PSL, we’ve got all the latest news, betting tips, predictions, PSL schedule and more about the franchise. Check-in regularly before the tournament starts and while it is on the go for fresh PSL betting updates and other information.

How to Bet on Peshawar Zalmi

Like we’ve seen on occasion in the Indian Premier League and other domestic T20 tournaments, team that win one title often go on to win another. Whether Peshawar Zalmi will be able to do it this year or the next, if at all, remains to be seen.

Fans of Zalmi who are also interested in online cricket betting for the PSL should consider opening account with one of the wide array of bookmakers. The whole betting experience is that much easier and accessible if done online. You might have specific requirements – like an interest in a welcome bonus or the need to have deposits and withdrawals done in rupees. Some of the best cricket betting sites in India are covered by our website, with plenty of detail about the advantages they offer you.

Peshawar Zalmi will be kept busy during the 2020 Pakistan Super League, going from city to city in an attempt to replicate the title success they enjoyed in 2017. Those who participate in PSL betting can look forward to particularly big clashes between Peshawar Zalmi and two-time champions Islamabad United.

Their winning ratio against the Lahore Qalandars and Karachi Kings is over 80 percent each, while they have fared less well against the Quetta Gladiators and Islamabad. Their rivalry with the Multan Sultans is new, but it’s growing and will take on heightened meaning in the PSL 2020 after some intense battles in PSL 2019.

Through all these matches, our cricket betting experts will be with you along the way, providing you with the best coverage, match previews, tips and predictions and more through the tournament.

Here you’ll find the latest odds for upcoming matches in the Pakistan Super League as well as our match previews. Using one of the top-rated betting sites in India will make the online wagering experience as simple as possible. What’s more, our writers are on hand to provide their views about the latest odds, team news and injuries. They’ll use these factors plus others such as weather and pitch conditions to predict each game and offer a betting tip based on the available prices.

The Biggest Advantage of Betting on Peshawar Zalmi

Zalmi are well worth betting on because they have been there and done that before. They know what it takes to get to a PSL final and win it. They have played in three PSL finals. They won it in 2017 and are primed to try again in 2020. Betting on a Zalmi franchise that has recruited big-hitting England duo Liam Livingstone and Tom Banton is key. Banton and Livingstone will bring plenty to the Zalmi batting markets. Livingstone will also be in the bowling markets, has he delivers a bit of leg-spin.

The way they use Wahab Riaz and Hasan Ali in combination will be important. Riaz has the most wickets, among all franchises, in the history of the PSL. Ali’s ODI career for Pakistan started off so well, but has since taken a bit of a hit. He will want to prove his worth at domestic level, still.

Is Betting on Peshawar Zalmi a Good Idea?

Peshawar Zalmi might not be in the very popular PSL betting markets like Islamabad United or the Karachi Kings, but they are still formidable and could go all the way again like they almost did in PSL 2019. It all depends how they map out their plans and look to convert good results at the PSL draft into success on the field. Importantly, they have hired South African star Hashim Amla as a mentor. Amla will add plenty of value for the batsmen. His mentorship, like Luke Ronchi’s for Islamabad United, will be of great help for some of the younger and inexperienced players.

Who will win – Quetta vs Peshawar?

The Quetta Gladiators and Peshawar Zalmi have met 14 times in PSL cricket. Peshawar, prior to the 2020 tournament, had only won on five occasions. They will be up against each other again this season and the rivalry will be as intense as ever. Quetta vs Peshawar match markets will be flush with PSL betting odds when the time comes.

Peshawar Zalmi will play 22 matches in 10 days during the PSL 2020 – and more if they make it into the play-offs. They will be stationed in Rawalpindi for five consecutive matches. A berth in the final, if they get there, would cap a busy campaign for the Zalmi.

Peshawar Zalmi revealed they would be retaining several players before the PSL draft for the 2020 tournament started. They kept the following players, including West Indian all-rounder Kieron Pollard. He, however, is only available for some of the tournament. 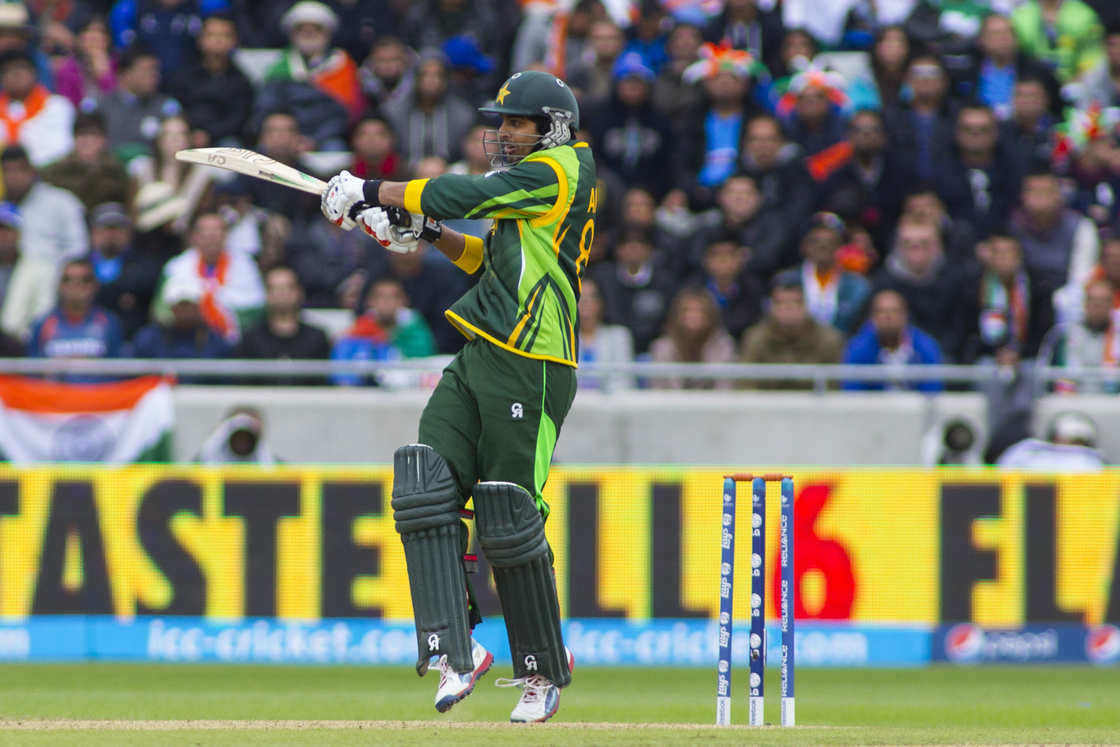 Zalmi’s recruitment drive through the PSL draft turned up plenty of good signings. Nobody slotted into the platinum category, but Tom Banton and Shoaib Malik were drafted on diamond. South Africa’s Dwaine Pretorius was due to be with Zalmi but has also withdrawn. Here is a list of players drafted by Peshawar Zalmi at the 2020 PSL draft.

PSL 2020 and the coronavirus

Zalmi lost several players in mid-March, when Tom Banton, Liam Livingstone, Lewis Gregory and Carlos Brathwaite were among the overseas stars who opted out of the rest of the 2020 PSL amid coronavirus pandemic concerns.

The Stars of Peshawar Zalmi – Past and Present

Several players of international and local repute have contributed to the success of ISLU over the years. Here is a list of Islamabad United’s most influential figures.

Wicketkeeper-batsman Kamran Akmal’s international career ended a while back, but he continues to bring great value at domestic level. Akmal has only ever played for Zalmi in the PSL and he has scored the most runs in the tournament – not just for his franchise but overall.

Left-arm seamer Wahab Riaz has participated in other global T20 competitions like the Mzansi Super League in South Africa, but the PSL and Zalmi are his home. He has taken the most wickets in the history of the Pakistan Super League and will look to add to that impressive tally again.

West Indian all-rounder Darren Sammy captained Zalmi for before becoming head coach. He is among their top 10 run-scorers and just outside the top 10 wicket-takers, so has evidently came to understand how to bat and bowl on some tricky wickets in Pakistan and the United Arab Emirates.

Leg-spinning all-rounder Shahid Afridi, like he has done for other leagues around the world, has had a massive impact on the Pakistan Super League. His brand value has been massive and, for Zalmi, he has churned out plenty of runs and wickets. That quicker arm ball of his is a particular favourite.

England all-rounder Liam Dawson is probably one of the lesser-known names on the global T20 circuit, but he has adopted Zalmi well. His punchy batting and clever spin bowling have won many matches for his PSL franchise.

Left-arm spinner Mohammad Ashgar hasn’t yet been capped at international level. Perhaps he, like Haris Rauf, will go on to achieve national colours on the back of some fine form in the Pakistan Super League. He is a major factor in their bowling department.

Best Bonus for Betting on Cricket, including 20 Free Spins

Pakistan Super League betting is made all the more interesting by 10CRIC’s welcome bonus for Indian customers. The welcome bonus is currently a 100% matched deposit bonus of up to INR 10,000. But any other betting, deposits or withdrawals will likely void this offer, which means you won’t be able to claim it again. Be sure to claim this bonus as the first thing you do with your 10CRIC account.

How to claim your welcome bonus

As per 10CRIC’s terms and conditions, changes to the bonus are at their discretion. We advise that you to check the specific details when you register with the bookmaker.

Where have Peshawar Zalmi Finished In Each PSL points table?

Peshawar Zalmi have never not made it to the play-offs. They have played in three finals and won one, but lost two others successively.

Peshawar Zalmi have two bowlers on the top 10 wicket-takers list who are also on their top 10 run-sorcerers list. They, indeed, have been blessed with good all-rounders.

How to Watch Peshawar Zalmi with Live Streaming

Many of the best betting sites in India provide live streaming to customers. You don’t have to bet on the match you want to watch, but you will probably need to have an active subscription and positive balance with the bookmaker’s website.

Read their terms and conditions, which should also include information about limitations on viewing. Unfortunately, depending on what part of India you are in, there might be broadcast and other holds in place. At the very least, if you can’t see the actual game live, you will be able to check the PSL live scores or even see a PSL live scorecard, which will help you follow each delivery and over.

Yes, former South African Test, ODI and T20I batsman joined Peshawar Zalmi, but not as a player. Amla will be the franchise’s batting mentor.

Who is the captain of Peshawar Zalmi?

The Peshawar franchise was sold to Javed Afridi in 2015. He is still the owner – and has expanded the Zalmi brand to Zalmi Foundation, Zalmi Force, Global Zalmi, Zalmi TV and more.

When is Peshawar Zalmi's next match?

Peshawar Zalmi will open their 2020 PSL campaign against the Karachi Kings on 21 February. Before that, though, they will have pre-tournament warm-up matches.

Jim
Jim is a cricket fanatic with a decade of experience in the iGaming industry. He is a real sports nerd and since falling in love with betting while at University he has combined his passions. He strives to provide sports fans and gamblers alike with the most insightful, accurate analysis possible.
Home > Teams > Peshawar Zalmi