Betting on Notts Outlaws in the T20 Blast

Notts Outlaws have won the T20 Blast on one occasion. They secured their only victory in 2017 when defeating Birmingham Bears at Edgbaston in the final. The Outlaws are the T20 side for Nottinghamshire County Cricket Club and play their homes matches at Trent Bridge.

Notts exited at the semi-finals in 2019 and will be fancied in the betting markets to challenge for the title once again. They are a consistent T20 Blast performer in recent seasons and have made Finals Day three times in the last four years. They will again be led by overseas all-rounder Dan Christian and will look to the destructive batting of Alex Hales to be the difference. Few changes to the squad means they should have a good chance of reaching the knock-out stages and Finals Day once more.

Top 22 Sites for Betting on the Outlaws

How to Bet on Notts Outlaws in the T20 Blast

The best way to bet on a Notts Outlaws match in the T20 Blast is with one of the best bookmakers in India. We have a number of in-depth reviews to help you decide which is the best for you. Many are keen to have new customers from India and offer a host of welcome bonuses. The best India bookmakers will also allow withdrawals and deposits in rupees and give many different payment methods so you can be betting on the Blast in time for the action to begin.

Can the Notts Outlaws win the T20 Blast?

Nottinghamshire have been one of the strongest T20 Blast sides in recent years and have a squad capable of making waves in the tournament again. They have fallen short of another title despite looking strong but will want to put that right when the action is back underway. With Alex Hales leading the way with the bat and fellow T20 specialist Harry Gurney with the ball in hand, they are sure to be a dangerous unit. The club should be able to make the knock-out stages and would have to be on anyone’s shortlist when looking to bet on the Blast.

The Outlaws have a strong and settled squad with overseas player Dan Christian back to skipper the side in 2020. They will be hurting from their narrow semi-final last to Worcestershire Rapids last year but have a similar looking outfit this time around. Again, Hales and Gurney will be key. Add in Christian and Samit Patel and Nottinghamshire will know all about their options when the chips are down. One new arrival has seen veteran Peter Trego arrive from Somerset. Former England and Lancs opener Haseeb Hameed has also joined the county but he is unlikely to feature in the limited-overs action. 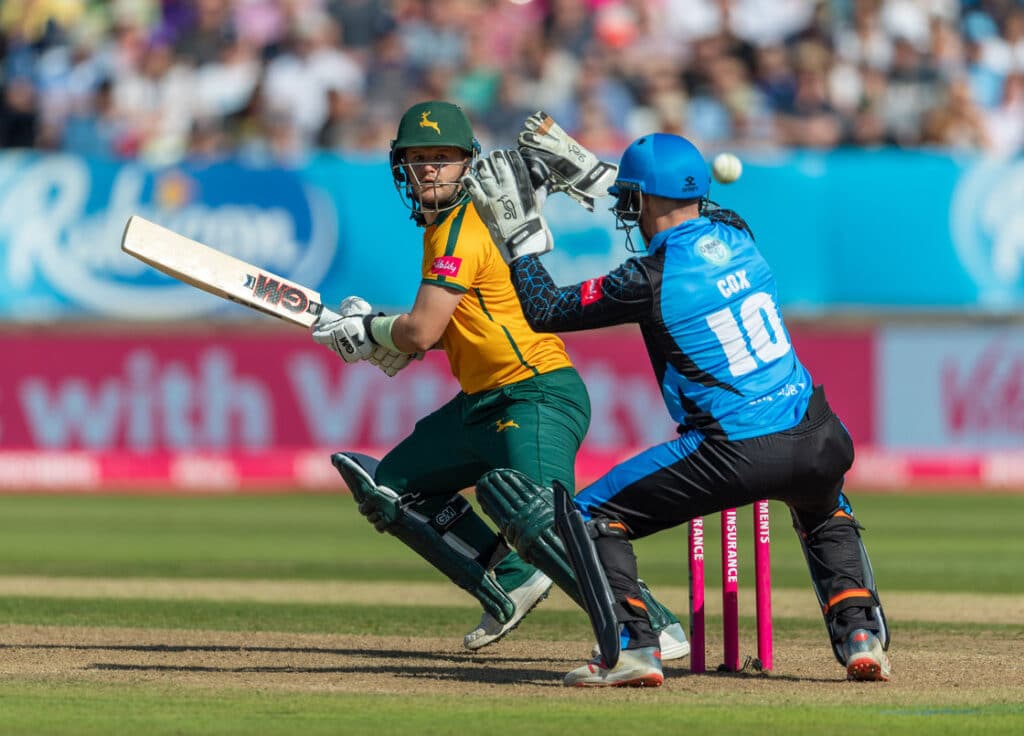 T20 Blast Schedule 2020 – When are Notts Outlaws next in action?

The schedule for the T20 Blast will be available on our site as the tournament start nears. From the vital group game clashes all the way to the show-stopping T20 Blast Finals Day at Edgbaston, we will keep you up to date with the action so you don’t miss a ball being bowled. We will also be working to provide you with details of every team, start time and venue so you have everything you need when looking to bet on the Vitality Blast in England from India.

We will be offering a wide array of betting tips every time the Notts Outlaws take to the field in the T20 Blast. Each Blast battle in England will come with an in-depth preview. These will include a result prediction, all the up-to-date odds and any important squad news. They will also include a look at the opponents that Nottinghamshire are up against. Overall tournament predictions and long-range selections will be found on the general tournament page. Here we will also highlight exciting match-ups to bet on, such as derby encounters and big clashes in the Northern Division with the likes of Derbyshire, Leicestershire, Lancashire and Northamptonshire. These will also come with links to the best bookmakers in India for your convenience.

Does playing at Trent Bridge help the Outlaws?

Trent Bridge in Nottingham is one of the best stadiums for watching cricket in the UK and has seen some historic international cricket action over the years. Despite it being known as a fine batting track, Trent Bridge hasn’t seen the very highest scores in domestic T20 cricket. Notts Outlaws will be hoping for a slightly better home record in the next edition of the T20 Blast. In 2019 they won four and lost three of the eight games played there, with one being abandoned. However, when they did win they tended to do it in style, notably a 10-wicket win over Middlesex, a seven-wicket win over Northants and  71-run success over Birmingham Bears. 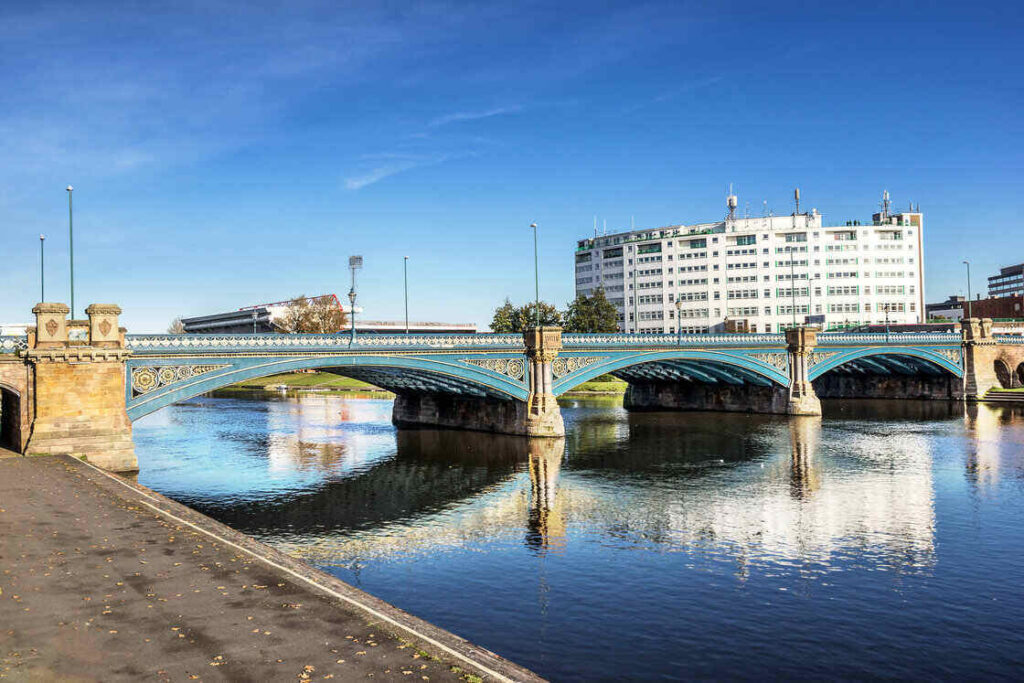 It is possible to watch live streams of the Notts Outlaws and other Vitality Blast action from India if you are signed up to a bookmaker that offered that service. Many offer customers the chance to keep tabs on all the action on their phones or laptops. Cricket fans can get access to live action from England as long as they have an active account and positive balance. This is a great way to follow the Blast and to see how your bets do throughout the tournament.

Being able to watch a live stream of the sport also opens up the possibility of enjoying live betting too. There are often many different markets running while the action is in full swing. Betting on the method of next dismissal, the next wicket to fall or how many runs will be scored from the over are all available.

News on the T20 Blast and the Notts Outlaws

Cricket fans in India who are keen to bet on the Vitality Blast or to follow the action will want to know all the latest news updates and recent developments. Our site will have all the injury news and thoughts from players and coaches that can help you when placing a bet on Nottinghamshire. Updates will again be included in those match previews but also highlighted in the news section of our site.

Samit Patel leads the run-scorer charts for Nottinghamshire in T20 cricket. He is being chased down by second-placed Alex Hales. 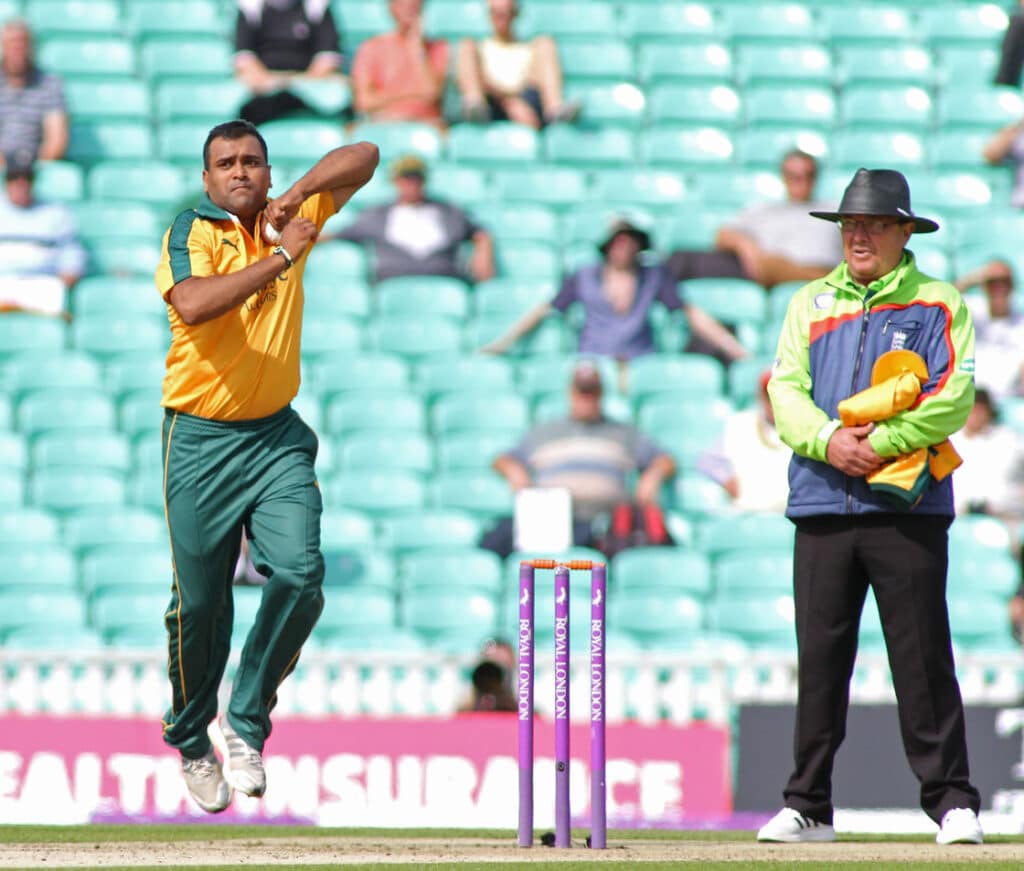 The top wicket-taker charts are led by Samit Patel who has now passed the 150 mark. Second place goes to bowler Harry Gurney.

Notts have had a host of overseas players star for the club in the T20 Blast down the years. Many having a long impact on the side after returning for many spells.

Australian-born batsman played for the county from 2011-2018 and smashed 2,827 runs in 98 T20 innings. His explosive strength with the bat were a feature for the Outlaws until his move to Worcestershire in 2018. He was the first Notts batsman to hit a T20 century and was part of the team that won the Blast title in 2017. 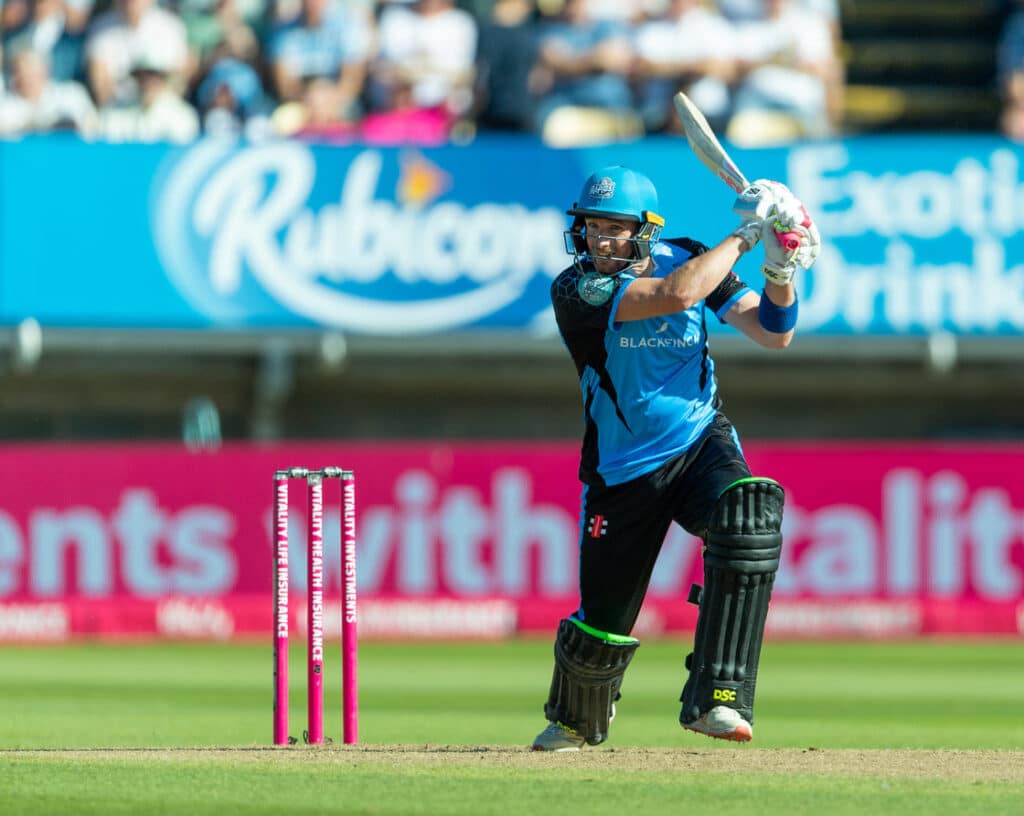 Australia player Hussey was another overseas cricketer that enjoyed a prolonged spell at Trent Bridge. He was with the club between 2004 and 2013 and hit 1,922 runs in 69 innings. He is the Outlaws’ fourth-highest T20 run-scorer.

Christian is the club’s T20 captain and returned to take up the role in 2020. He has been with Nottinghamshire since 2015 and amassed more than 1,300 runs in 55 innings. His all-round contribution has also seen him make the top 10 wicket-taker list.

Voges might not have been at the club as long but he still put in some memorable showings with the bat. The Australian hit 1,193 runs for Notts in just 39 innings between 2008 and 2012, including seven half-centuries.

New Zealand spin bowler Sodhi makes the top 10 wicket-takers for Nottinghamshire despite only being with the Outlaws from 2017-18. His short but impressive spell with the ball saw him take 34 wickets ion 30 innings.

OPEN / CLOSE ALL
Where can I find free betting tips for the T20 Blast?

People who are keen to have a bet on England’s Vitality Blast should look out for out free betting tips. These can be found in our match previews and on our tournament page.

How do I bet on Notts Outlaws in the T20 Blast?

Anyone looking to place a bet on Nottinghamshire should open an online betting account with the best betting sites in India. Bookmakers that accept Indian customers will give you the opportunity to bet and withdraw in rupees.

Where do Notts play?

Nottinghamshire CCC and the Notts Outlaws play their home games at Trent Bridge Cricket Ground. The ground also holds Test Match, ODI and T20I cricket and will host the One-Day Cup final between 2020 and 2024.

Yes. The Outlaws won the T20 Blast in 2017. They beat Birmingham Bears by 22 runs in the final at Edgbaston. It has been the only time they have lifted the trophy so far.

Will the T20 Blast be hit by the Coronavirus?

The ECB have said that the T20 Blast will be one of the tournaments prioritised when the cricket season gets back underway after the coronavirus (COVID-19). We will bring you all the updates and any further ECB announcements in our news section.

Who is the head coach of Notts Outlaws?

Nottinghamshire CCC are coached by former England coach Peter Moores. Moores led the Outlaws to their T20 Blast win in 2017.

Chris
Chris is passionate about all forms of cricket and loves writing about the sport. He has a background in both sport and news journalism and has written cricket and other sports content for several years now. Chris has written about all levels of the game from regional club cricket in England to the international stage. He now brings that experience to the iGaming industry where he combines it with his love of betting. Chris loves to bet on many different sports, but particularly enjoys seeking out the best value bets on offer and passing that on through his coverage.
Home > Teams > Notts Outlaws