Betting on Leicestershire Foxes in the T20 Blast

Leicestershire Foxes represent Leicestershire County Cricket Club in the T20 Blast and play their home games at Grace Road. They have enjoyed more success in England’s domestic T20 competition than any other side. The Foxes won the tournament on three occasions when it was still known as the Twenty20 Cup and FriendsLife T20. Victories in 2004, 2006 and 2011 makes them the most successful side in the contest’s history. However, when looking to bet on Leicestershire, it’s worth noting their recent record. They have only qualified from the group stages on one occasion since their last win eight years ago. That disappointing run continued in 2019 when they finished bottom of the Northern Division.

Top Sites for Betting the Foxes

How to Bet on the Leicestershire Foxes in the T20 Blast

The best way to bet on the Leicestershire Foxes in the T20 Blast from India is with one of the best cricket betting sites. We have a number of in-depth reviews to help you decide which bookie suits you best. Many are keen to have new customers from India and offer a host of welcome bonuses and loyalty rewards. Signing up with one of these is a quick and easy process and opens up an array of markets to bet on and way to follow the action in England. The best India bookmakers will also allow withdrawals and deposits in rupees and give many different payment methods. A number also have convenient mobile apps so that betting on the Blast is only a few clicks away. 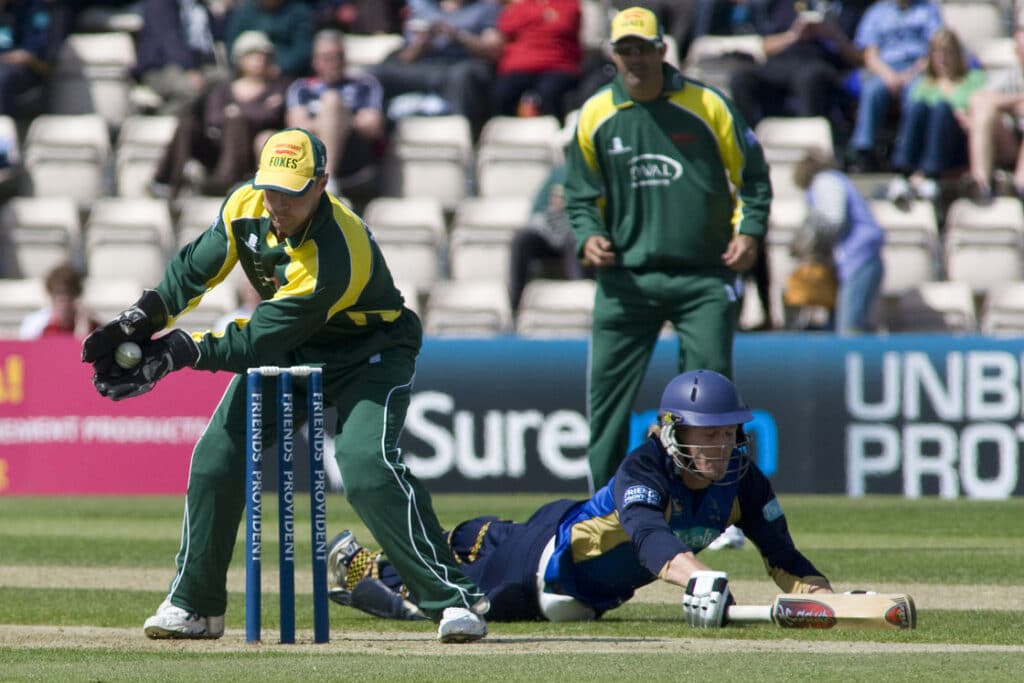 Can the Leicestershire Foxes win the T20 Blast?

Leicestershire have gone from being one of the best sides in the county at the start of the T20 Cup to disappointing in recent seasons. Too often they have failed to progress from the group stages and appearances in the latter stages of the T20 Blast have dried up following their win in 2011. While they have a group of young prospects within their ranks, it may take a few more years before they have the unit needed to bag more glory. They are certainly a team capable of causing a few upsets, particularly in the group stages but will have to gather huge momentum to finally find away into the quarter-finals. Coach and former England wicketkeeper Paul Nixon was a T20 specialist in his playing days and will be looking for more progress from the club in the next edition.

The Foxes will again be led by the experienced all-rounder Colin Ackermann in 2020 and he’ll be hoping progress from some of the squad’s younger cricketers can boost the team’s chances. He’ll also play a big role with both bat and ball for the team. Leicestershire signed South African opener Janneman Malan for the 2020 season and his performances at the top of the order will now be key to their chances. The experience of Aaron Lilley and Lewis Hill will be important, while Harry Swindells will want to build on an encouraging 2019 season. Left-arm bowler Callum Parkinson and right-arm seamer Will Davis can also kick-on.

Our site will have the schedule for the T20 Blast as the start of the tournament gets closer. We will be sure to let you know who is playing, where the action is taking place and how you can bet on it. With us you’ll be able to follow group game clashes all the way to the popular T20 Blast Finals Day at Edgbaston. Each fixture will also come with an in-depth match-day preview to give you everything you need when looking to bet on the T20 Blast. We will also bring you information on key fixtures to look out for, such as clashes with Notts and Derbyshire and other Northern Division battles with Lancashire, Northamptonshire and Warwickshire’s Birmingham Bears.

We will be putting forward a host of betting tips every time Leicestershire play in the T20 Blast. Each clash in England will come with a detailed preview. These will always include an overall result prediction, all the odds and vital squad news. However, another major benefit of looking through these previews is that they will provide you with our best free cricket betting tips on that match. They will help guide your selections for betting online and highlight the value bets worth considering. All of these tips will also come with a convenient link to some of the best bookmakers for Indian customers, such as bet365 and 10cric.

Does playing at Grace Road benefit the Foxes?

Leicestershire CCC play their home games at Grace Road in the County Championship, One-Day Cup and T20 Blast. The ground has also hosted World Cup matches in the past. Grace Road saw the second-highest score in the T20 Blast when Yorkshire hit 255/2 against the hosts in July 2019.

Leicestershire had a poor record in the 2019 season at Grace Road and will need to improve on that if they are to find a way out of the group stages once more. They played seven matches at Grace Road in the previous campaign, winning just once. There was two no results but four defeats.

It is possible to watch the action from Foxes matches via live streams with online bookmakers. Their clashes and other games in the Vitality Blast can be a bonus of signing up with certain bookies from India. Many offer customers the chance to keep tabs on all the action on their phones or laptops as long as they have an active account and positive balance. This is a great way to follow the Blast and all of the bets you have placed on that particular match or the tournament overall.

Being able to watch a live stream of cricket also gives you the opportunity to take part in live betting as well. There are often many different markets running while the action is in full swing and watching live adds to the excitement.

News on the T20 Blast and the Leicestershire Foxes

People in India who want to follow the action from the T20 Blast will also want to know all the latest news that is breaking about the tournament. These snippets of information can also be used to help your decision on betting. We will be providing news updates from each Blast team and the tournament as a whole. Injury news and player reaction will be just a few of the areas we will keep up to date. All of this will be included in those match previews but also highlighted in the news section of our site. 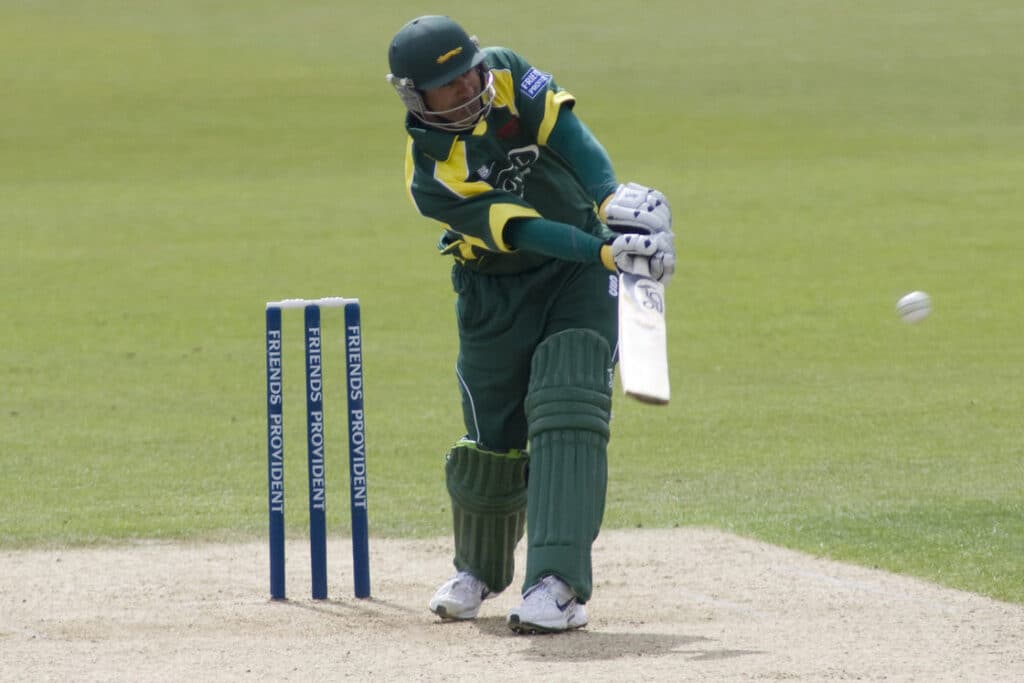 South African Claude Smith sits at the top of the Foxes’ wicket-taker table with 68 in 76 innings between 2004 and 2012.

Leicestershire hasn’t had as many overseas players shine for them as some other T20 Blast sides but has still enjoyed some impressive showings down the years.

Australia batsman Hodge is among the club’s top T20 run-scorers thanks to some brilliant displays between 2003 and 2010. He has 955 runs to his name in just 28 innings.

Australian bowler Clint McKay had superb spells for the Foxes between 2015 and 2017 to put himself in the club’s top three T20 bowlers. He claimed 50 wickets in 37 innings. That included a five-wicket haul in 2017 against Worcestershire. 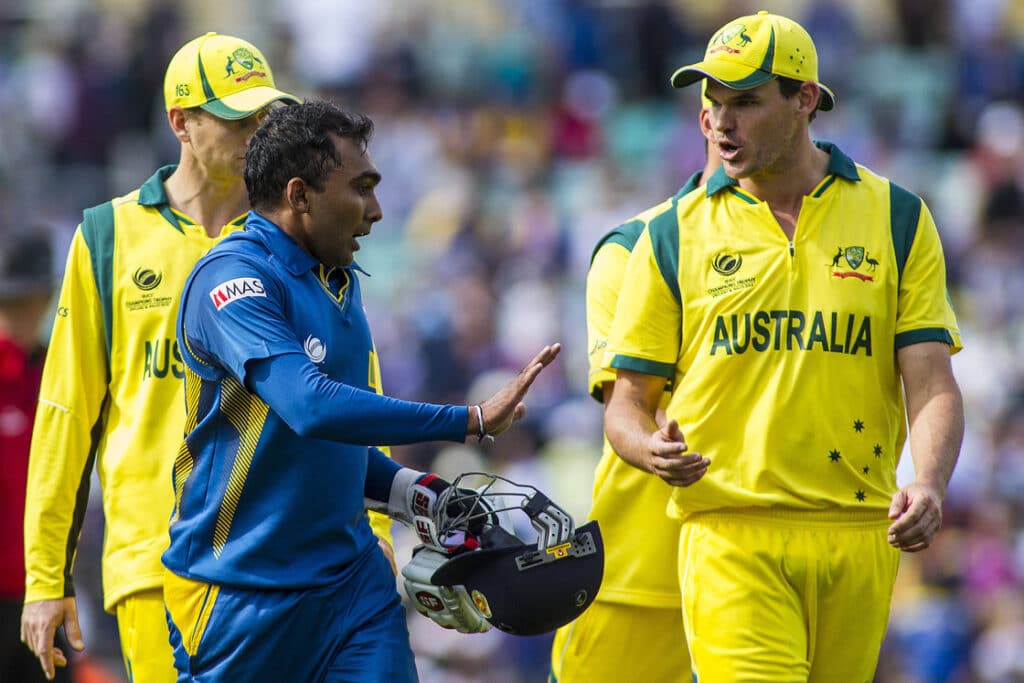 Another Aussie player to do well for the Foxes is Andrew McDonald. He was only with the team between 2010 and 2011 but had 20 memorable innings with the bat to score 758 at an average of 58.30.

Powerful South African batsman Delport starred for the Foxes between 2016 and 2018 and hit 694 runs in 31 innings, including a memorable unbeaten 109 in 59 balls against Nottinghamshire in 2017.

OPEN / CLOSE ALL
Have Leicestershire ever won the T20 Blast?

Yes. The Foxes are the country’s most successful T20 side with three titles to their name. They won it in 2004, 2006 and 2011 but have been starved of a fourth success since.

Who is the head coach of Leicestershire Foxes?

Where do Leicestershire Foxes play?

Will the T20 Blast be hit by the Coronavirus?

The ECB have said that the T20 Blast will be at the fore of their thinking when looking to resume following the Coronavirus (COVID-19) pandemic. They said it will be a priority when cricket returns. We will bring you all the updates and any further EBC announcements in our news section.

Where can I find free betting tips for the T20 Blast?

Anyone wanting to have a bet on the T20 Blast should take a look at our free online betting tips. These can be found in our match previews and on our tournament page ahead of each Blast fixture.

How do I bet on Leicestershire Foxes in the T20 Blast?

Anyone looking to place a bet on Leicestershire should open an online betting account with the best betting sites in India. Bookmakers that accept Indian customers will give you the opportunity to bet and withdraw in rupees as well as use a number of different banking methods. Be sure to look at the various welcome and loyalty bonuses too.

Chris
Chris is passionate about all forms of cricket and loves writing about the sport. He has a background in both sport and news journalism and has written cricket and other sports content for several years now. Chris has written about all levels of the game from regional club cricket in England to the international stage. He now brings that experience to the iGaming industry where he combines it with his love of betting. Chris loves to bet on many different sports, but particularly enjoys seeking out the best value bets on offer and passing that on through his coverage.
Home > Teams > Leicestershire Foxes