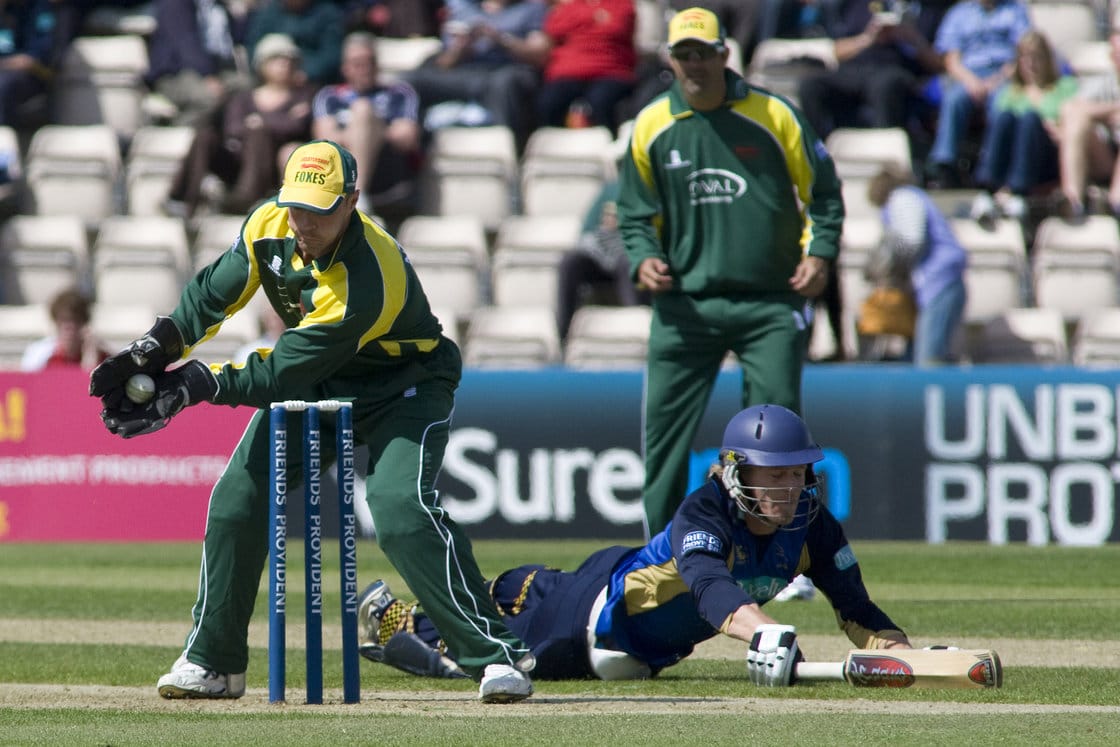 The highest score at Grace Road is also the second-highest domestic T20 score. It came when Yorkshire beat the Foxes in 2019 after smashing 255/2. The biggest contribution came from Tom Kohler-Cadmore’s 54-ball 96 for the visitors.

Warwickshire, now known as the Birmingham Bears in the T20 Blast, hit the highest domestic T20 total at Edgbaston in 2015. Batting first, they put on 242 thanks to a stunning 64-ball 158 from New Zealand’s Brendon McCullum.

Grace Road Cricket Ground is the home of Leicestershire County Cricket Club and their T20 Blast team the Leicestershire Foxes. The ground is based in Leicester and was first bought by the club in 1877. The first match took place that same year when Leicestershire CCC defeated the touring Australia side. The ground is named after a local property developer and not famous cricketer WG Grace as some people believe.

Leicestershire did leave the ground for a period between 1901 and 1946 due to issues with transport and the site being out of the city centre. However, the club returned following the Second World War and have been based their ever since. The stadium has never held an England international but has played host to three international one-day games during two separate World Cups. The first ODI at Grace Road saw India defeat Zimbabwe on their way to tournament victory in 1983. Other ODIs came in 1999 when India lost to Zimbabwe on that occasion and West Indies dished out defeat to Scotland.

Grace Road is second in the record books for the highest domestic T20 score. This came in 2019 when Yorkshire smashed 255/2 against the home side.

What to look for when betting on matches at Grace Road

The pitch at Grace Road traditionally offers good assistance to seam bowling. It also boasts one of the larger out-fields in the domestic game, with only the Oval being bigger. Leicestershire Foxes picked up just one win at home last in the T20 Blast in 2019.

Chris
Chris is passionate about all forms of cricket and loves writing about the sport. He has a background in both sport and news journalism and has written cricket and other sports content for several years now. Chris has written about all levels of the game from regional club cricket in England to the international stage. He now brings that experience to the iGaming industry where he combines it with his love of betting. Chris loves to bet on many different sports, but particularly enjoys seeking out the best value bets on offer and passing that on through his coverage.
Home > Grace Road Cricket Ground