Which bowlers top the IPL leaderboard?

The top bowlers in IPL history are all set to be back in action when the new season gets underway.

Foreign stars such as Lasith Malinga and Dwayne Bravo will look to add to their tally on the IPL leaderboard alongside Indian stars Harbhajan Singh, Piyush Chawla and Ravichandran Aswin.

How to bet on IPL cricket online in India

Anyone who wants to bet on IPL cricket in India can do so with online betting sites. Online IPL betting is popular in India and there are plenty of options to choose from with a host of different markets available.

If you're looking to bet on the IPL then make sure you read our in-depth review of the best betting sites in India.

Can Malinga extend his lead at the top of the IPL leaderboard?

Sri Lanka bowler Lasith Malinga tops the bowler rankings with 170 wickets in 122 innings. He won the title in 2019 with the Mumbai Indians and will be playing for them again in the coming campaign.

He has played for the reigning champions since 2008 and helped them to their four titles to date.

Malinga continued his fine record in the IPL last term when he bagged 16 wickets in 12 matches on-route to title glory.

Mishra will again feature for the Delhi Capitals during the new season.

The 37-year-old did okay in 2019 with 11 wickets in 11 innings and managed to keep himself in a clear second place in the top wicket-taker standings.

However, he is now just seven ahead of his two nearest rivals in the form of CSK duo Harbhajan Singh and Piyush Chawla.

Chennai Super Kings have four out of the top 10 IPL bowlers in their ranks for the 2020 campaign.

Harbhajan Singh, Dwayne Bravo, Piyush Chawla, and Ravindra Jadeja are all set to feature as CSK look to hit back after final defeat against Mumbai Indians in 2019.

Harbhajan Singh and Piyush Chawla looking to climb the rankings

CSK pair Harbhajan Singh and Piyush Chawla are tied on 150 IPL wickets each ahead of the new season.

Singh has played just three more innings than his team-mate from the West Indies but is eight years older. However, of the current top 10 he performed the best in 2019 with 16 wickets in 11 innings.

Both men will be playing for Chennai in 2020 as they look to make ground on current second-placed bowler Amit Mishra.

All-rounder Bravo has been a big player in the IPL with both bat and ball and sits in 5th in the all-time wicket-taker list. He originally played for Mumbai Indians but is best known for his time at Chennai.

Last season he took 11 wickets in 12 innings for CSK but will be keen to hunt down those above him in the table by adding to his impressive 147 wickets.

Sunrisers Hyderabad bowler Bhuvneshwar Kumar is the youngest bowler in the IPL top 10 wicket-taker table and has also played the fewest games.

Kumar has 133 wickets to his name in just 117 innings and will be keen to close down on those above him when he features for joint-favourites SH once more.

He has been with SH since 2014 following brief spells at RCB and Pune Warriors. Last season he took 13 wickets in 15 innings.

Ashwin is seventh in the table with 125 wickets from 139 IPL innings. He will once again represent Delhi Capitals in 2020 after securing another 15 wickets in 14 innings last term.

Ravi has previously played for Chennai and Rising Pune Supergiant but has a target on his back as those just below him look to bridge the gap. Eight-placed Sunil Narine, 31, is just three wickets away.

Sunil Narine chasing down Ashwin in 2020

He has 122 wickets on his record and will turn out for Kolkata Knight Riders for yet another season.

The 31-year-old is the only KKR player in the top 10 but has been with them since 2012 and goes into the new campaign after taking 10 wickets in 12 matches. 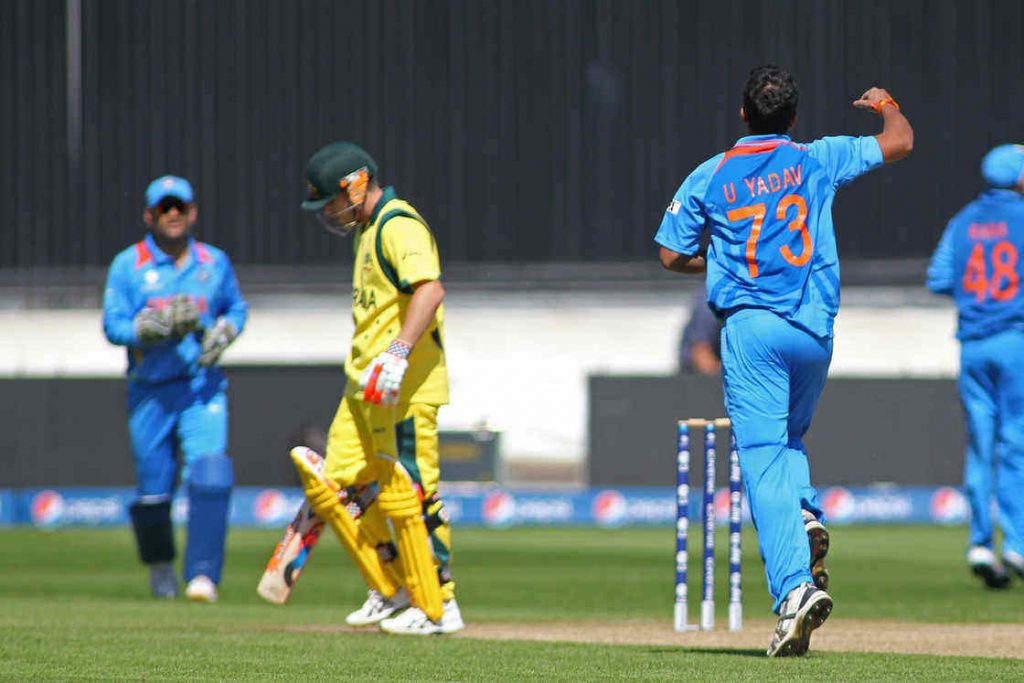 Umesh Yadav to have key role for Royal Challengers Bangalore

Umesh Yadav features in the top 10 after fruitful spells with Delhi Daredevils and Kolkata Knight Riders.

The 32-year-old India international joined RCB in 2018 and enjoyed a fine first season with Virat Kohli's side.

He managed only eight wickets in 11 innings last season but could have a big role to play if RCB are to finally realise their potential and secure a first IPL title.

Ravindra Jadeja is another all-rounder to make the list and the fourth Chennai Super Kings player.

Fresh from taking his 200th wicket in Test cricket for India, the 31-year-old will be keen to cement his place in the top 10 in 2o20.

He took 15 wickets in 16 innings last term and will want to build on that this time around, especially with CSK look to get over the disappointment of their one-run final defeat in 2019.

Chris
Chris is passionate about all forms of cricket and loves writing about the sport. He has a background in both sport and news journalism and has written cricket and other sports content for several years now. Chris has written about all levels of the game from regional club cricket in England to the international stage. He now brings that experience to the iGaming industry where he combines it with his love of betting. Chris loves to bet on many different sports, but particularly enjoys seeking out the best value bets on offer and passing that on through his coverage.
Home > Top 10 IPL bowlers – Malinga, Mishra back in 2020