Betting on Afghanistan in cricket

The Afghanistan cricket team may be new on the world stage but fans will agree they are becoming a very interesting betting prospect.

Below you can find the best sites for betting on Afghanistan matches, as well as information on how to get tips, news, and all the latest odds.

Top Sites for Betting on Afghanistan

Deposit Bonus
Megapari
Up to ₹13000 Bonus
Wagering: 5x rollover requirement on multiples at odds of 1.40 or higher. Must use promo code: CBMEGA.
Claim!
New Customers Only | 18+ | T&Cs apply
Details

How to Bet on the Afghanistan Cricket Team

Cricket fans wanting to bet on Afghanistan should first look at opening an online account with a bookmaker that accepts Indian customers.

This simple process will see you able to deposit, bet and withdraw in rupees in a matter of minutes.

Here’s a quick-fire guide on how to get signed up and start betting: 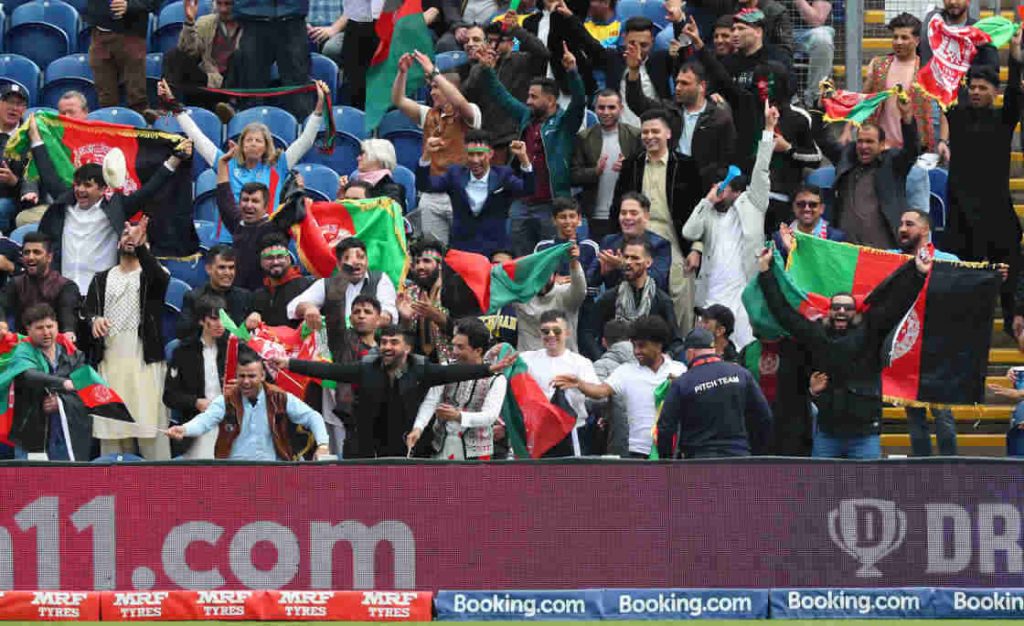 Get the Best Cricket Tips for Afghanistan Matches

Here at cricketBetting.org, we will make sure you have free cricket betting tips for Afghanistan matches.

Our betting experts will be on hand to provide their tips and cricket predictions across the calendar. The cricket tips we provide will be free to read on-site and use the latest team news and information.

They can be seen in our detailed match previews and will all come with the latest odds being offered by the best betting sites in India.

What to Bet on with the Afghanistan Cricket Team

The Afghanistan national cricket team feature in every form of the game. It means there will be regular chances to bet on them.

It is the shorter formats that the Afghanistan team has achieved its most notable results but they continue to be competitive and develop in Test cricket too. Let’s look closer at the different formats that you will see them play.

Betting on Afghanistan in Test Matches

Afghanistan will usually be considered underdogs in the majority of Test matches they play.

It does mean there could be some big prices for them to win Test matches and following them will give you a good idea about when to bet on them for the victory.

They secured a historic first Test match win when beating Ireland in March 2019 and built on that when claiming success over Bangladesh in a one-off Test tour in September 2019. They continue to improve as a Test-playing nation and keeping track of their progress could be worthwhile.

Place a Bet on Afghanistan in ODIs

The Afghanistan international cricket team are stronger in limited-overs cricket.

They made their World Cup debut when Australian and New Zealand hosted the 2015 tournament. The event saw the Afghanistan side compete in the group stages alongside the likes of India, Australia, England, Sri Lanka and New Zealand.

Despite failing to get beyond the opening round in 2015, they did win their first World Cup match with a one-wicket victory against Scotland.

Following Afghanistan in ODI cricket could also offer good value for betting when the right opportunity presents itself.

Betting on Afghanistan in T20 Matches

Afghanistan have progressed into the top 10 rankings in the world in T20 internationals and have enjoyed making good progress in this form of the game.

Afghanistan eventually booked their place at the ICC T20 World Cup 2010 with a win over the United Arab Emirates, guaranteeing their trip to the West Indies.

They are at their strongest in this format and have it in their locker to cause more upsets. The India vs Afghanistan (Ind vs Afg) fixture should be particularly popular at the next T20 World Cup.

Popular Markets when Betting on Afghanistan from India

Whatever the format Afghanistan are playing, there will be a good choice of markets on offer.

Here are just a few of those you will often see with online betting sites:

As well as the variety offered with pre-match betting, there is all the chance to place bets while the game is taking place thanks to live cricket betting.

Live betting is becoming increasingly popular with cricket fans. You are no longer limited to placing bets before a game takes place.

You can now enjoy placing bets on the action as it happens too.

We have tested, reviewed and rated the best sites for live betting so it is easier to find the one that suits you best. Also, be sure to look out for our free live cricket tips in our match previews.

It is worth noting that there is likely to be a small delay when placing live bets. This is usually between 6-8 seconds depending on the bookmaker but is done to make sure nothing important has happened that might change the odds.

Being able to watch the game can also inform your decisions when placing live cricket bets online.

A huge plus point for those that sign up with an online betting site is they can often watch live cricket streaming too.

Not only will betting sites offer odds on Afghanistan matches but also allow you to follow the action as it takes place. A TV icon usually indicates if the match is available for online live cricket viewing.

Bettors usually need to have a funded and active account to watch the latest cricket fixture.

10Cric has an impressive welcome bonus for Indian customers. At the time of writing, you can claim a 100% matched deposit up to INR 10,000.

Here’s the best way to claim this offer:

Betting on India vs Afghanistan

Matches between India and Afghanistan are gaining more interest from cricket fans.

The rivalry is in its infancy but one that has added spice given that India don’t play neighbours Pakistan. Instead, Afghanistan offer another local rival to test themselves against.

Afghanistan have never beaten India in Test, ODI or T20I cricket but will still fancy their chances of an upset if the teams meet in white-ball cricket. The next India vs Afghanistan match is sure to generate a lot of interest. 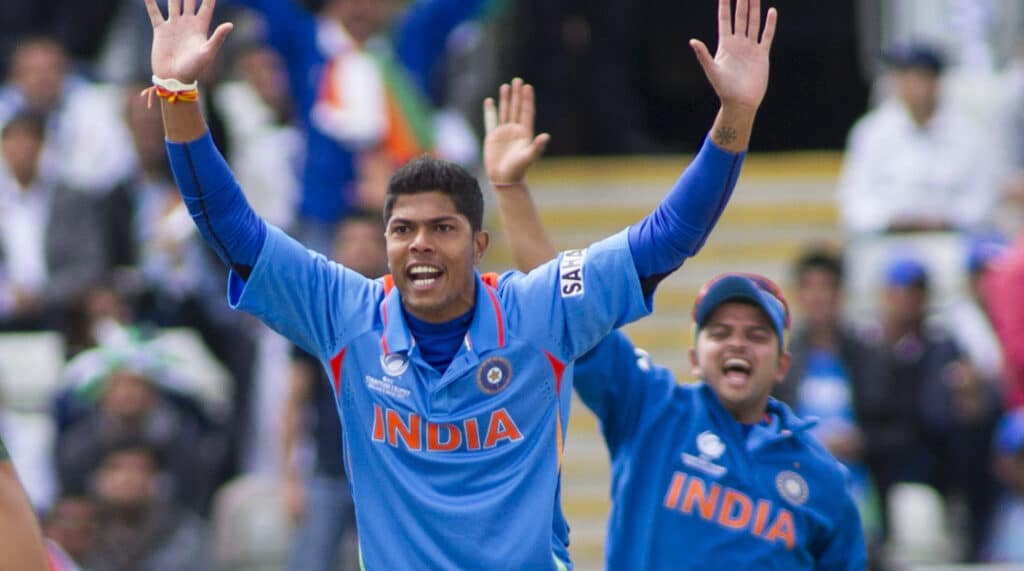 Also Want to Bet on the Afghanistan T20 League?

As many followers of the IPL will know, Afghanistan has plenty of exciting T20 cricketers. Many have shown what they can do in the Indian Premier League as well as on the international stage.

Like other cricket-loving nations, Afghanistan also has its own domestic T20 tournament. The Afghanistan Premier League is held in the UAE and features five city-based teams.

Many of the best betting sites offer odds on cricket matches from across the world, including action in the APL. Following players in the APL could also give you some betting pointers for when they appear in the national team.

Get all the Odds for Betting on Afghanistan Cricket

Signing up with the best betting sites in India is also a great way to keep up to date with all the latest odds of current and future matches.

Between your betting site of choice and our regular match previews and tipping pieces at cricketBetting.org, you shouldn’t miss a betting opportunity.

Our free cricket predictions make sure to highlight the best prices available and the bookmakers that are offering them.

What are the Odds of Afghanistan Winning the Cricket World Cup?

As you’d expect, Afghanistan are considered unlikely winners of the next  ICC Cricket World Cup. They are considered 101.00 (100/1) outsiders with bet365 to cause a huge upset.

However, while they may not be capable of winning the Cricket World Cup, there could be value in backing them for a group game victory once the contest gets underway.

Whether it’s squad news, injury updates or pitch reports, they all impact how we view the upcoming matches or competitions. Have a look in the cricketBetting.org news section to keep up-to-date with regular Afghanistan cricket news.

The recent rise of the Afghanistan national cricket team is a story of hope and success following years of war in the country.

The side has emerged from nothing to the top 10 world rankings with the ICC in double-quick time. The sport is now the fastest growing in Afghanistan.

The international team’s beginnings had a home in the refugee camps of Pakistan. Young Afghans continued to play the sport they loved despite their displacement from their homeland.

From those shoots of recovery came a fast-growing cricket nation that has made its presence felt in the limited-overs format.

The highlight of the country’s growth came when they secured a place at the 2015 World Cup – a feat they repeated in 2019.

Who are Afghanistan’s Famous Cricketers?

Much like the history of the Afghanistan team, its notable cricketers are also new on the scene. However, there are plenty that have quickly made their mark on the international stage.

All-rounder Mohammad Nabi has played a huge part in the rise of the Afghanistan international cricket team. He has previously captained his country in ODIs, including their historic appearance at the 2015 World Cup.

The right-handed batsman and off-spinner was the first Afghan to reach 100 ODI caps. He sits top of the rankings for most ODI runs for his country. He is also second for the most ODI wickets.

Another milestone for Nabi saw him became the first Afghanistan player to be selected in the auction for the Indian Premier League (IPL).

Nabi resigned as captain of the ODI side following the 2015 ICC World Cup but has enjoyed a fine spell with both bat and ball since.

Exciting young all-rounder Rashid Khan is very much the future of Afghanistan cricket.

He also featured in Afghanistan’s first-ever Test match, which was against India in June 2018. He recorded the most expensive bowling figures by a debutant in a maiden Test but soon bounced back to pick up more positive records.

One notable milestone saw him surpass Australian Mitchell Starc to become the fastest and youngest to take 100 ODI wickets.

Asghar Afghan had the honour of captaining Afghanistan for their first-ever Test match, which took place against India in June 2018.

He sits second in the rankings for most Test and ODI runs for Afghanistan. He is another who has helped his country climb the rankings thanks to both his batting and captaincy.

Afghan became the second cricketer for his country to play in 100 ODI matches when he faced Scotland in April 2019.

Betting on the Afghanistan national team is another great way to enjoy international cricket.

They are a country on the rise and could soon be enjoying more battles with India or picking up more notable wins at world cups.

Signing up with one of the best betting sites in India will give you all the odds you need for their future fixtures, not to mention the opportunity to bet and watch live.

We will have everything you need for betting on Afghanistan cricket, from news, betting previews and latest odds.

OPEN / CLOSE ALL
How can you bet on the Afghanistan cricket team?

The best way to bet on Afghanistan cricket is by signing up with one of India’s top betting sites. You will then have all the odds available for their future matches.

Where do Afghanistan play cricket?

Afghanistan do not play their home games in their own country due to security issues. They currently play them in Lucknow, India.

Can I bet on Afghanistan cricket from India?

Yes. You can bet on Afghanistan with an online betting site that accepts Indian customers.

Who is the Afghanistan cricket captain?

Afghanistan’s current captain is Asghar Afghan. He captains the country across all formats.

Chris
Chris is passionate about all forms of cricket and loves writing about the sport. He has a background in both sport and news journalism and has written cricket and other sports content for several years now. Chris has written about all levels of the game from regional club cricket in England to the international stage. He now brings that experience to the iGaming industry where he combines it with his love of betting. Chris loves to bet on many different sports, but particularly enjoys seeking out the best value bets on offer and passing that on through his coverage.
Home > Afghanistan