Worcestershire are still searching for their first win of this year’s Vitality T20 Blast.

Somerset recorded their first success in their last outing and will be keen to add to that.

Take a look at our free T20 Blast betting tips ahead of this opening contest.

Beaten finalists in 2019, the Rapids have struggled to get going in the opening weeks of the tournament.

They have a good T20 Blast record in recent years and need a victory to get them back on the right track.

Like Worcestershire, Somerset’s first loss also came at the hands of Northants. However, winning against Glamorgan will have boosted their confidence.

Pitch conditions: The surface at Edgbaston is often decent for batting but does offer plenty of assistance for bowlers. Look out for some swing should there be overcast conditions. Overall, the pitch is often fair for both bat and ball.

Weather conditions: The forecast is clear with only a minimal chance of rain for when this fixture is scheduled. There will be cloud cover but temperature will be around 18 or 19 degrees.

Somerset and Worcestershire are battling it out at the top of the Bob Willis Trophy table but now turn their attention to the shorter format.

It is Somerset that are made slight favourites for this clash. They can be backed at 1.57 with bet365. The Rapids are priced at 2.38 by the same firm.

The big news for Worcestershire is they have star bowler Pat Brown available for the rest of the T20 Blast. He had been in the England squad to face Pakistan but didn’t get picked for the upcoming fixtures against Australia.

Brown has been the top wicket-taker for the Rapids in the last two installments of the Vitality Blast and it’s a huge positive to have him back.

He will join Dillon Pennington in the bowling attack. Other options if required come in the form of exciting pace prospects Adam Finch and Josh Tongue.

They still miss England’s Moeen Ali, especially for his batting, but will continue to hand chances to talented youngster Jack Haynes

For Somerset, they remain without the brilliant Tom Banton due to his England commitments but could still be strengthened by returning international.

All-rounder Lewis Gregory and Pakistan skipper Babar Azam, who was last season’s top T20 Blast run-scorers, are due to return to the county. 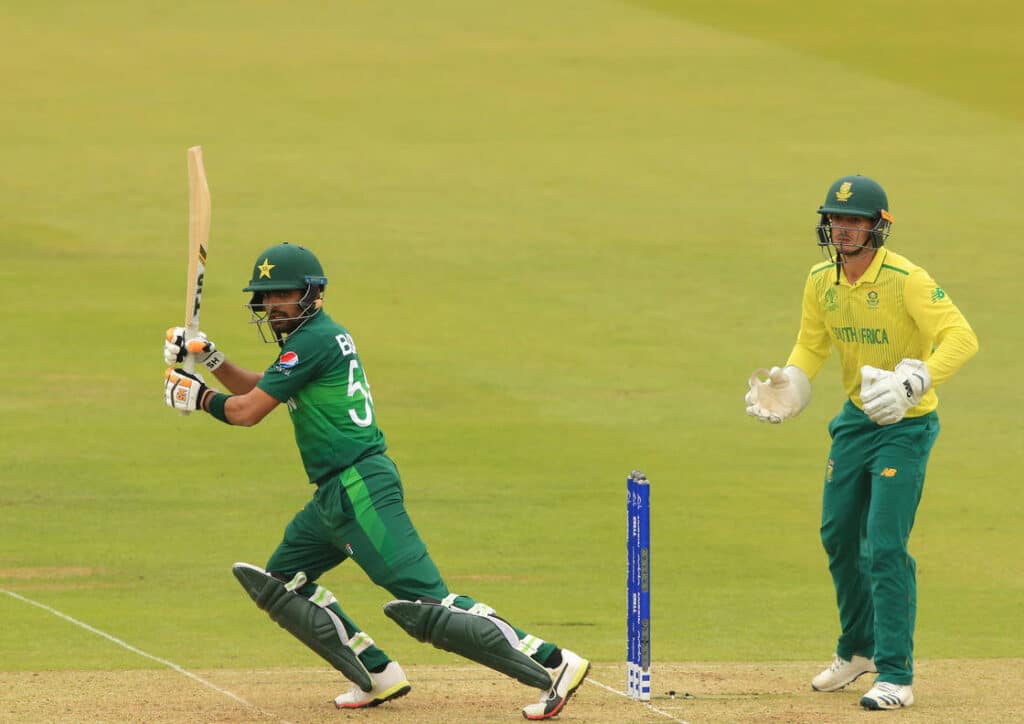 The return of Babar is a massive plus for Somerset and that could also bring the best out of Tom Abell.

He starred in the previous match and was Somerset’s quickest scorer in the middle overs last season at 176.8. Having Babar back opening means he could be poised to do more damage.

Bowler Jamie Overton missed the Glamorgan win but could be back for this.

The Rapids have stuttered a little so far and this looks another tough task.

While the return of Pat Brown offered more to the bowling department, not having Moeen leaves them a little light on the batting front.

In contrast, Somerset have plenty of batting options and would be the pick to come out on top.

However, don’t forget the other markets on offer for this contest.

Back Babar to Come Back with a Bang

Babar Azam has shown what he is capable of in flurries this summer, especially in the white-ball game.

He was the main man with the bat during the 2019 edition of the tournament and can come back firing for Somerset now.

His price of 2.63 with bet365 to be Somerset’s top batsman looks hard to ignore.

Dillon Pennington has continued to show his improvement at the start of the T20 Blast.

He did really well last year and has carried that forward with three wickets so far.

Pat Brown may be back in the fold but he drew a blank last time out and could still be shaking off some of that ring rust. The last game against Gloucestershire was his first cricket in more than a year and it could be worth taking him on.

In the top Worcestershire bowler market, Pennington is double the price of Brown and that has to worth a look. He can be backed at 5.00 and should enjoy the surface at Edgbaston.

Young batsman Jack Haynes has bags of natural ability and has taken to the Worcestershire first team like a duck to water this summer.

He has also made his Blast debut and looks a decent bet to be the Rapids top batsman, especially if their opening partnership fils to fire once again.

Haynes, who has come through the England age-groups, can be backed at 5.5 with bet365 to secure the most runs for the Rapids.

OPEN / CLOSE ALL
Can I get free tips on the T20 Blast?

Our experts will bring you the best bets for this match and others throughout the Vitality Blast.

Can I bet on the T20 Blast from India?

Yes. It is quick and easy to do. You first need to sign up with an online betting site in India.

Who are the favourites to win Worcestershire v Somerset?

Somerset are made the favourites to win this match. Look out for all the latest odds on the outright winner with us.

Chris
Chris is passionate about all forms of cricket and loves writing about the sport. He has a background in both sport and news journalism and has written cricket and other sports content for several years now. Chris has written about all levels of the game from regional club cricket in England to the international stage. He now brings that experience to the iGaming industry where he combines it with his love of betting. Chris loves to bet on many different sports, but particularly enjoys seeking out the best value bets on offer and passing that on through his coverage.
Home > Worcestershire Rapids v Somerset – 03/09/2020