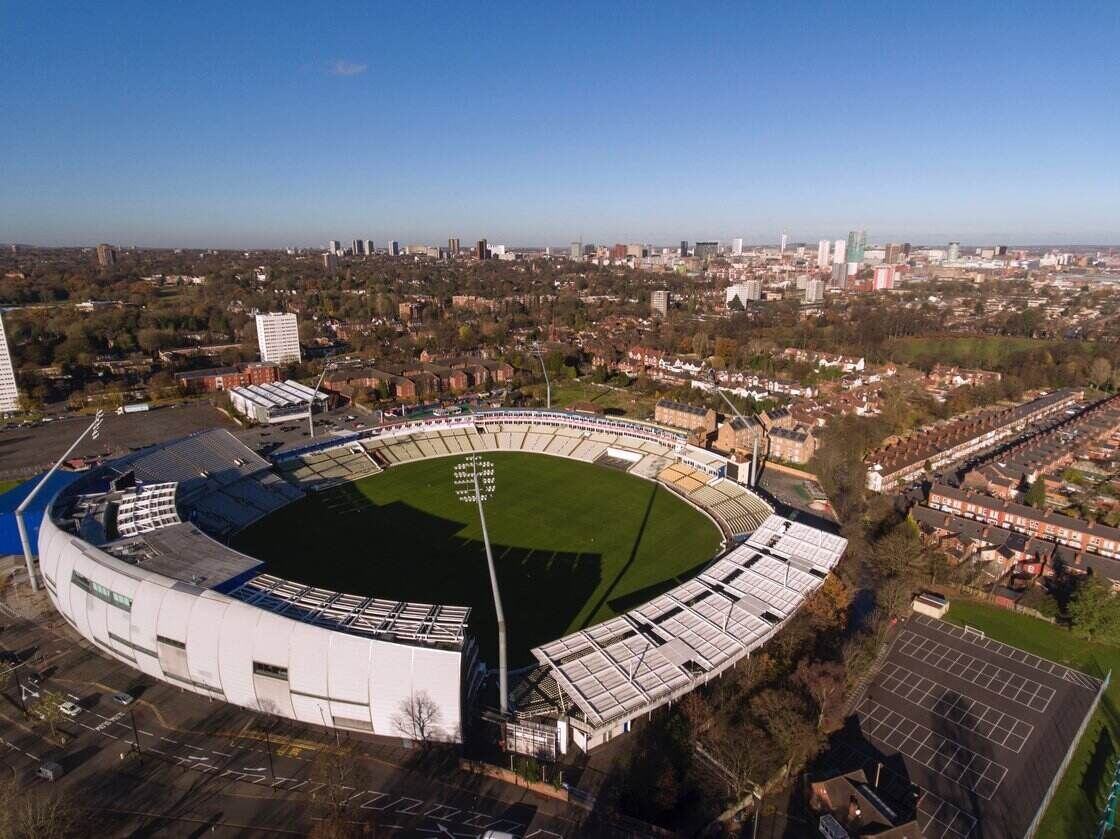 Warwickshire, now known as the Birmingham Bears in the T20 Blast, hit the highest T20 total at Edgbaston in 2015. Batting first, they put on 242 thanks to a stunning 64-ball 158 from New Zealand’s Brendon McCullum.

Edgbaston Cricket Ground is based in Birmingham, England, and regularly hosts England Test, ODI and T20I fixtures. It is also the home of Warwickshire Country Cricket Club and their T20 side the Birmingham Bears. The ground also holds the popular T20 Blast finals day every year and is the designated home venue for the Birmingham Phoenix team in The Hundred.

Also known as Edgbaston Stadium, it is the fourth-largest ground in England after Lord’s, Old Trafford and the Oval. It was the first English ground after Lord’s to host a major international one-day tournament final when India beat England in the 2013 ICC Champions Trophy. The ground also hosted the first day/night Test in England when England took on West Indies in 2017. Before that, it was the site of the first senior game to be played under floodlights in the country when Warwickshire and Somerset met in one-day action in 1997.

Edgbaston was established in 1882 and its first Test was an Ashes clash in 1902. It’s undergone plenty of upgrades over the years, including a complete redevelopment in 2010 to make it one of the best in the country.

Now, it is known for its vociferous home support and for producing one of the most hostile atmospheres for visiting teams. That support was in full voice when England beat Australia by two runs in 2005 – the closes Ashes match ever. Other memorable moments include Botham’s five wickets in 28 balls in the ’81 Ashes and Brian Lara’s world record 501* for Warwickshire in 1994.

What to look for when betting on matches at Edgbaston

England have a fine record at Edgbaston, particularly in Test cricket where they have lost just twice in their last 15. The surface is often good for batting but does regularly provide assistance to swing bowling under overcast conditions. The pitch also offers pace and bounce too and tends to be quite fair to bat and ball, often resulting in entertaining clashes.

Chris
Chris is passionate about all forms of cricket and loves writing about the sport. He has a background in both sport and news journalism and has written cricket and other sports content for several years now. Chris has written about all levels of the game from regional club cricket in England to the international stage. He now brings that experience to the iGaming industry where he combines it with his love of betting. Chris loves to bet on many different sports, but particularly enjoys seeking out the best value bets on offer and passing that on through his coverage.
Home > Edgbaston Cricket Ground