England taking on the West Indies finally hails the return of international cricket following the coronavirus pandemic. It could also prove to be an interesting clash from a betting perspective.

This battle at the Rose Bowl is the first in a three-match Test series between the sides that also sees more World Test Championship points on the line.

Below we will provide you with free cricket betting tips and predictions, as well as the latest odds and team news.

However, make no mistake, the Windies will pose a tough challenge for the hosts and have enjoyed recent success over Joe Root’s men.

In fact, they have won three of the last five Tests between the two teams and their lively bowling attack means we could be in for an interesting tussle.

Pitch conditions: It’s difficult to assess how the pitch will play after a recent lack of action but in the past it has tended to be lively early before settling down into a decent track for the batsman.

Pace bowlers are helped but there is plenty in it for spin as shown by Moeen Ali’s joy here in the past. England are also unbeaten at this venue from three outings.

Weather conditions: We can expect a few afternoon rain showers in Southampton for the first two days of the first Test. It then brightens up for the final three days heading into the weekend with temperatures around the 20-degree mark.

It will come as no surprise that England are made hot favourites to continue their winning Test ways now back on home soil.

They are considered 1.33 (1/3) favourites with bet365 to secure victory in the first Test. 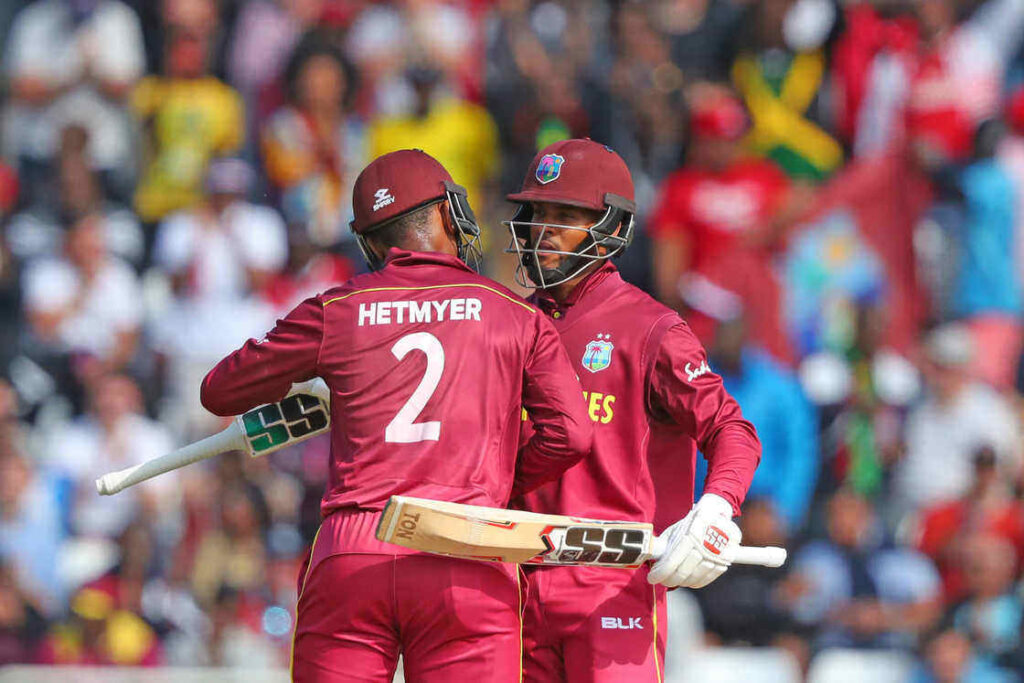 England are without skipper Joe Root due to the birth of his second child, which will see Ben Stokes take the captaincy duties.

The hosts have also kept faith with Jos Buttler behind the stumps despite calls for Ben Foakes to get a chance. He has to make do with a place in the reserves.

Dom Bess has been picked ahead of fellow spin options Jack Leach and Moeen Ali. However, Moeen didn’t even make the list of nine reserves.

The big news from their camp is that they will be without batsmen Darren Bravo and Shimron Hetmyer and all-rounder Keemo Paul. The trio opted out of the tour due to coronavirus concerns.

Despite their loss, the visitors still boast a number of players with experience of dishing out defeat to England. Captain Jason Holder, openers Kraigg Brathwaite and John Campbell, Shane Dowrich and Roston Chase are all involved.

While England are rightly the favourites to bag a win in this first test, they are certainly not an attractive betting proposition at the prices.

Given the West Indies’ recent successes over them, the overall value here could be in the 7.50 (13/2) being offered by bet365.

However, England’s have a good record at the Rose Bowl so looking at other betting markets could be the way to go.

Stokes and Buttler to thrive under pressure?

Ben Stokes continued to be a force to be reckoned with in South Africa and he can again take the fight to West Indies with a return to home conditions.

He will be determined to perform having stepped in as captain for this one. He could be worth backing at 5.50 (9/2) with bet365 to be England top first innings batsman.

He is also 6.50 (11/2) to named player of the match, which looks a decent price given his all-round contribution.

Another good bet in the top first innings batsman market could be Jos Buttler. If England’s top order fails to fire against a strong Windies bowling attack, Buttler could also come to the fore.

He is playing under pressure to keep his place at the moment, but his record at the Rose Bowl for England has been impressive. He has hit 175 runs in three previous innings at 58.33.

The West Indies’ top order failed miserably in India when they were last in Test action and they could find it tough going again here.

One bright spark in India came from Shamarh Brookes. He could take advantage of a fragile top order to again show what he can do with the bat. He is priced at (6.50) 11/2 with bet365 to be his team’s top first innings run-scorer.

Roach to have more joy against England

West Indies will be hoping Kemar Roach will against enjoy more success against the England batsman.

He is the pick to be West Indies’ top first-innings wicket-taker at 3.25 (9/4). In the last two series against England he has taken 29 wickets at 19.93 and his skiddy pace bowling should be well suited to conditions again.

Chemar Holder, 22, is an exciting pace prospect and his price of 5.50 (9/2) could quickly look too big once the action gets underway.

For England, it’s hard to look past Stuart Broad in this market. He bowled brilliantly at times in South Africa and has a good record at the Rose Bowl. His price of 3.75 (11/4) looks a worth a bet.

Another interesting bet to consider could be Dom Sibley to win the battle of the openers with team-mate Rory Burns.

Burns is back from the ankle injury that kept him out in South Africa but it could be worth backing Sibley to hit more runs in the first Test at 2.00 (1/1) with bet365.

Sibley was starting to find his feet at this level by the end of the South Africa tour and it could be worth taking a chance that Burns will need time to get up to speed.

OPEN / CLOSE ALL
When does the England vs West Indies 1st Test start?

Who are favourites to win the England vs West Indies 1st Test?

England are considered the favourites to win the first Test. The latest match odds can be found in our preview.

Can I get free cricket tips on England vs West Indies?

Yes. Take a look at our betting tips and prediction section for the best free tips for the 1st Test.

Chris
Chris is passionate about all forms of cricket and loves writing about the sport. He has a background in both sport and news journalism and has written cricket and other sports content for several years now. Chris has written about all levels of the game from regional club cricket in England to the international stage. He now brings that experience to the iGaming industry where he combines it with his love of betting. Chris loves to bet on many different sports, but particularly enjoys seeking out the best value bets on offer and passing that on through his coverage.
Home > England vs West Indies 1st Test – 08/07/2020