England and Ireland will play the third and final ODI of the series at the same venue that hosted the previous two.

England are looking to complete a 3-0 series whitewash. But they will be challenged by an inspired Irish team, which came relatively close to winning the second ODI.

Read on for our free cricket match predictions – and information about cricket betting rates in Indian rupees as this series comes to a close.

David Willey to be man of the match at 14.00 with Unibet

A wicket to be taken in first over of England’s innings at 7.00 with 22Bet

Paul Stirling to be Ireland’s top batsman at 5.00 with LeoVegas

For England, it’s another chance for Jonny Bairstow and other players eager to push for Test selection to state their cases. Willey, too, can demand a permanent ODI berth going forward.

For Ireland, they should take their cue to learn from Curtis Campher. For a man playing in his first ODI series, he has starred with bat and ball against the reigning World Cup champions.

Pitch conditions: Ireland batted first in the opening ODIs and found conditions – and the opposition bowlers – tricky to manage on both occasions. The seamers have succeeded more here than the spinners. The success of leg-spinner Adil Rashid is the exception.

Weather conditions: Minimal rain is predicted in Southampton throughout the weak, but shouldn’t affect the final ODI. We’ll likely get in a full fixture. Temperature-wise, a high of 21 degrees celsius and low of 15 is forecast. 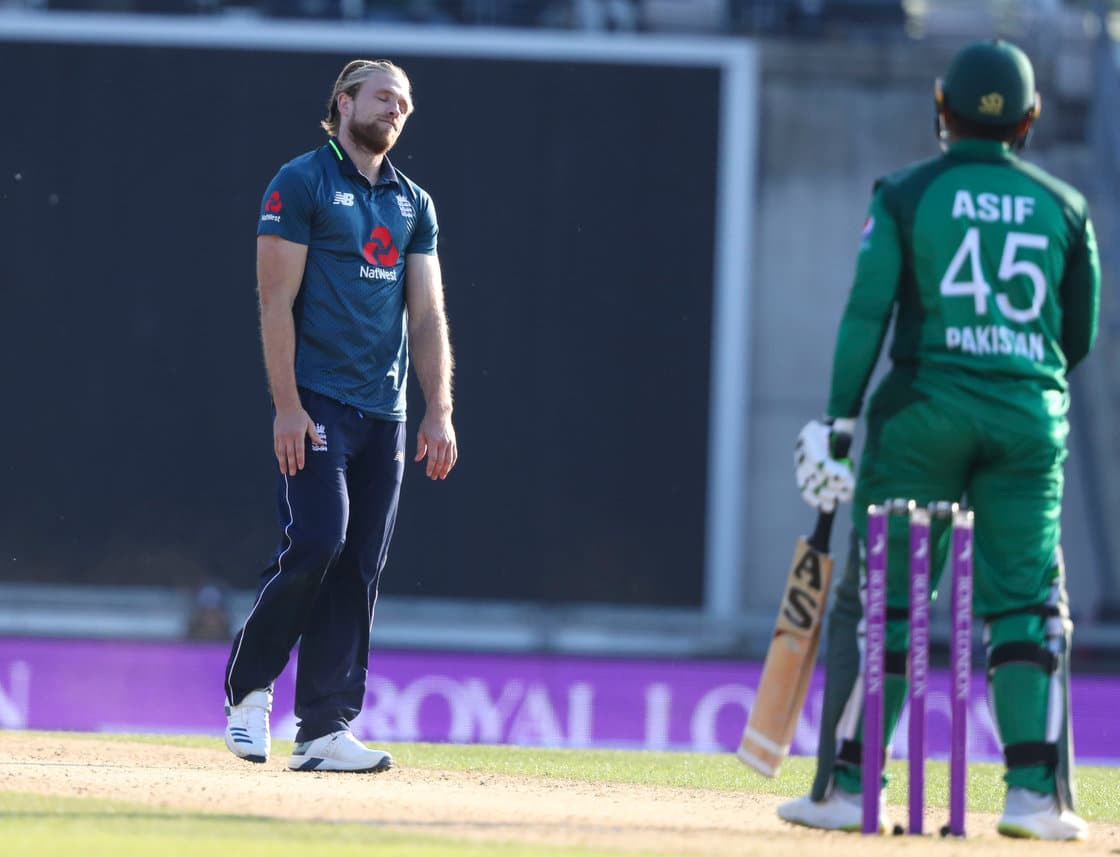 The best Indian betting sites for cricket have England backed to complete a series whitewash.

Dafabet India have England at very short odds of 1.06 and Ireland priced at 9.00 to pull off a shock victory.

Whether England go into this match unchanged remains in the balance. They might want to again test an XI that wasn’t entirely convincing in the second ODI.

With the series result wrapped, though, now is as good a time as any to get Liam Livingstone and Liam Dawson into the XI.

Livingstone is a solid middle-order batsman and can bowl a bit of leg-spin, too. Left-armer Dawson could be an alternative to Rashid, turning the ball away from the right-handers. He’s a decent lower-order batsman, too.

Now seems the right time to return the lanky Boyd Rankin to the XI, too. He could replace Craig Young, who hasn’t been effective enough.

Rankin has played for and against England – and his extra height might really test the opposition.

Let’s see how the best legal betting sites in India have this match shaping up – and what free cricket bet tip we can offer for each attractive market.

Bet on Willey to be Man of the Match

Willey has enjoyed this month’s resurgence, after being omitted from England’s World Cup squad last year. He thought his international career was over  – and so did others. But he’s bounced back nicely.

He’s the top wicket-taker of the series at the moment – three ahead of the rest. The Ireland batsmen have struggled to successfully negotiate his left-arm angle – and late swing.

At 14.00 in Unibet’s man of the match market, Willey is a really good bet – and could take the player of the series accolade as well.

Place a bet on a Very Early England Wicket

Ireland lost a wicket in the first over in the opening ODI and England did the same in the second. We’re backing the trend to continue in the third ODI.

Jason Roy is prone to rash shots early in his innings. If not him, Bairstow or any other host opener are priced at 7.00 by 22Bet to fall in the first over of the England innings.

Back Stirling to be Ireland’s Top Batsman

Experienced opening batsman Stirling hasn’t fired for Ireland yet this series. He’s been bubbling under – and the third ODI might be his time to go big.

Stirling has played county cricket in the United Kingdom and is more familiar than most Irishman with the conditions at the Rose Bowl.

LeoVegas have Stirling offered at 5.00 to be Ireland’s top batsman. If not him, then that man Campher at 6.50 is another solid bet.

Be sure to check our best bets for this match before play starts.

OPEN / CLOSE ALL
How can I bet on cricket in India?

You can bet on cricket in India by using one of the best online cricket betting sites in Indian rupees. Many of these sites have cricket apps, too.

What is the best way to deposit for online cricket betting?

Legal cricket betting sites in India offer safe banking methods such as Skrill and Neteller. You can also bet with Bitcoin.

If the match is not on television, you can use a live betting site that offers cricket streaming. A good option is bet365.

Have Ireland beaten England in cricket?

Jonhenry
Jonhenry is a cricket nut. He has written about the game for several years and knows more about South African cricket - club cricket, in particular - than most. He has been published on most reputable cricket sites and, nowadays, devotes his knowledge of the global game to the iGaming industry. When he is not producing content about cricket, Jonhenry is playing, watching or coaching it. If not that, he's reading about the game or administrating his local cricket club.
Home > England v Ireland 3rd ODI – 04/08/2020