Harry Gurney Out of IPL and T20 Blast 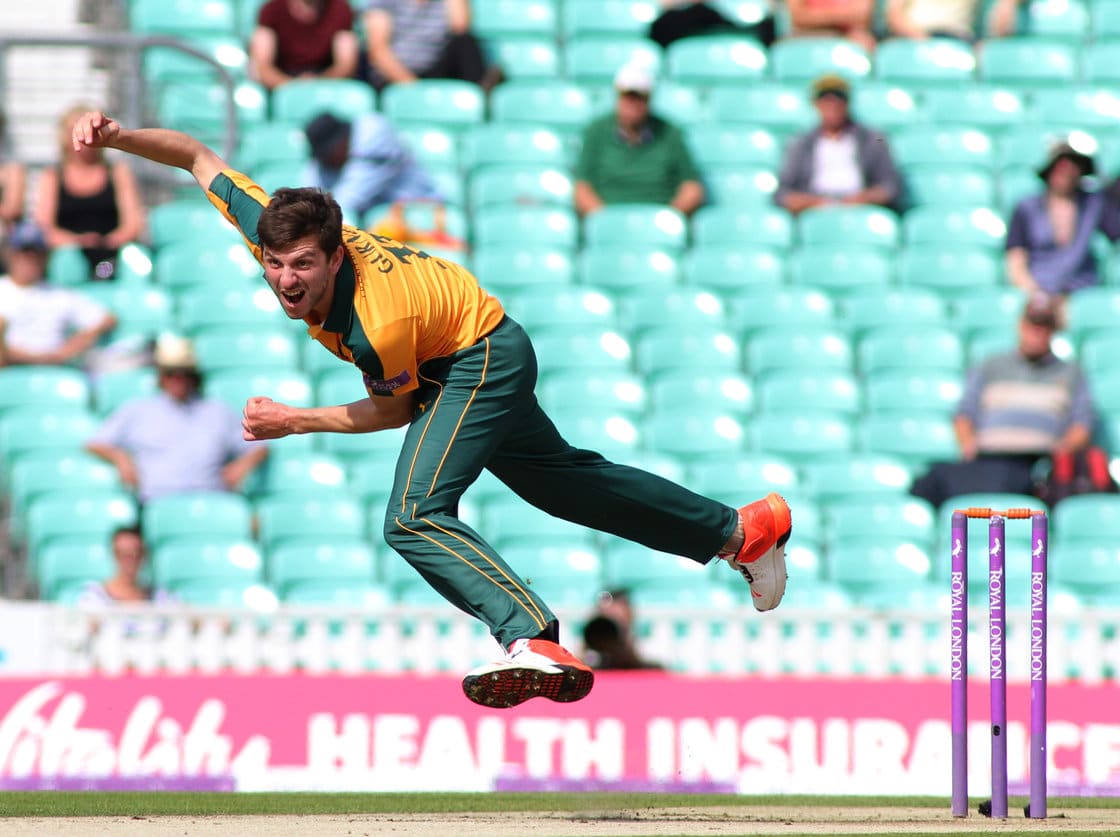 The Kolkata Knight Riders will be without seamer Harry Gurney for the 2020 Indian Premier League.

Gurney has been sidelined by a shoulder injury. This has ruled him out of the Nottinghamshire Outlaws' T20 Blast campaign, too.

“Having gone through the same frustrations as everyone this year in waiting for cricket to restart, I'm devastated to have to miss the Blast,” said Gurney.

“Some of the proudest moments in my career have been with Notts, and nothing quite compares to being out on the field at Trent Bridge competing for trophies with some of my best mates. To have that taken away for a year is tough.”

He has been capped 10 times at ODI level and twice in T20I cricket for England.

“Harry would improve any T20 side in the world, so it's a blow to lose him for this year's tournament. With the experience and expertise he's gained from a global white-ball career, he's become a real leader in our limited-overs dressing room,” added Nottinghamshire head coach Peter Moores.

The T20 Blast will start on 27 September 2020. The Essex Eagles are the defending champions.

The Knight Riders won the IPL in 2012 and 2014. They will pursue a third title this season. The Mumbai Indians are the reigning champions, having beaten the Chennai Super Kings in the 2019 final. Mumbai have four IPL titles. Chennai have three.

The IPL 2020 will be played in the United Arab Emirates. The host cities will be Abu Dhabi, Sharjah and Dubai. The tournament was also played in the UAE in 2014. This time, matches will not have spectators. This will be done as a preventative measure against the spread of the coronavirus.

The 2020 IPL will start on 19 September and end on 8 November. The full schedule for the 13th edition of the tournament has not been announced, yet.

Jonhenry
Jonhenry is a cricket nut. He has written about the game for several years and knows more about South African cricket - club cricket, in particular - than most. He has been published on most reputable cricket sites and, nowadays, devotes his knowledge of the global game to the iGaming industry. When he is not producing content about cricket, Jonhenry is playing, watching or coaching it. If not that, he's reading about the game or administrating his local cricket club.
Home > Harry Gurney Out of IPL and T20 Blast