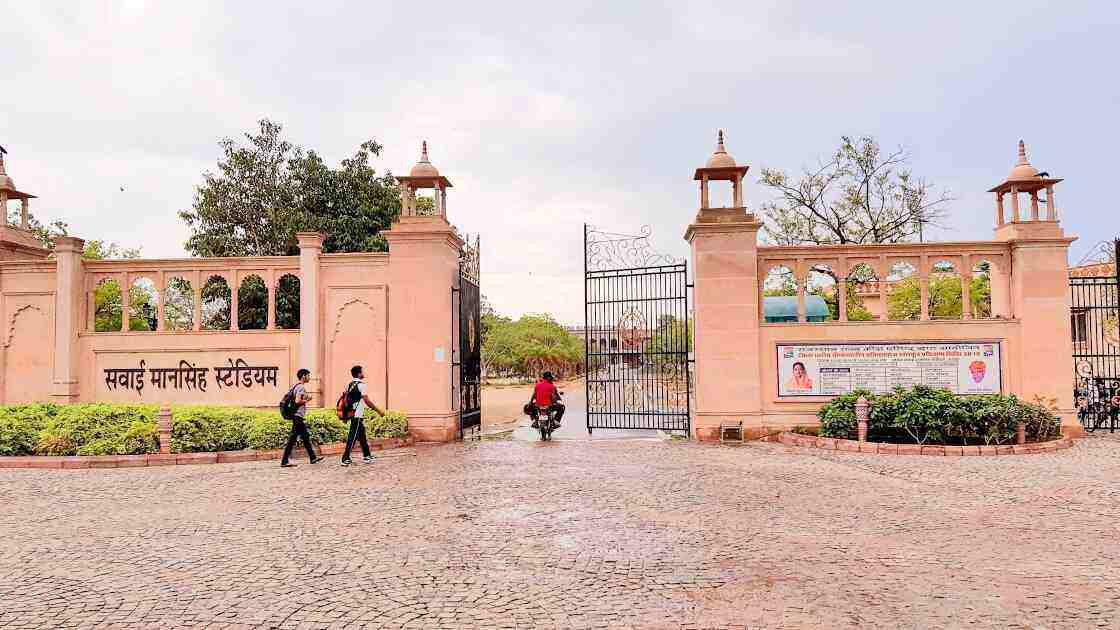 The one and only Test match at the Sawai Mansingh Stadium brought a first-ball duck for Sunil Gavaskar and centuries for Mohammad Azharuddin and Ravi Shastri during a damp squib heavily affected by rain.

Over 700 runs flowed as India successfully chased down Australia’s 359/5. Rohit Sharma and Mahendra Singh Dhoni scored big centuries, while Shikhar Dhawan fell five runs short of one of his own.

Three batsman – Rahul Dravid, Ajinkya Rahane and Brad Hodge – made it into the 40s, but not one graduated to 50 or more. Still, it was enough to get the Royals their highest score at this ground and victory in the end.

The Sawai Mansingh Stadium’s popularity as ground for noteworthy matches was dying until Lalit Modi took charge of the Rajasthan Cricket Association prior to the launch of the Indian Premier League in 2008.

Four-times champions Mumbai Indians have even used it as an alternative venue to the Wankhede Stadium on occasion. The ground hosted World Cup matches in 1987 and 1996 – and in 2006 was used during the Champions Trophy.

What to look for when betting on matches in Jaipur

Unlike so many others around India, this is not that much of a high-scoring ground. No IPL team has reached 200 here – bet365’s markets for bowlers are often attractive when IPL cricket comes to Jaipur.

Jonhenry
Jonhenry is a cricket nut. He has written about the game for several years and knows more about South African cricket - club cricket, in particular - than most. He has been published on most reputable cricket sites and, nowadays, devotes his knowledge of the global game to the iGaming industry. When he is not producing content about cricket, Jonhenry is playing, watching or coaching it. If not that, he's reading about the game or administrating his local cricket club.
Home > Sawai Mansingh Stadium