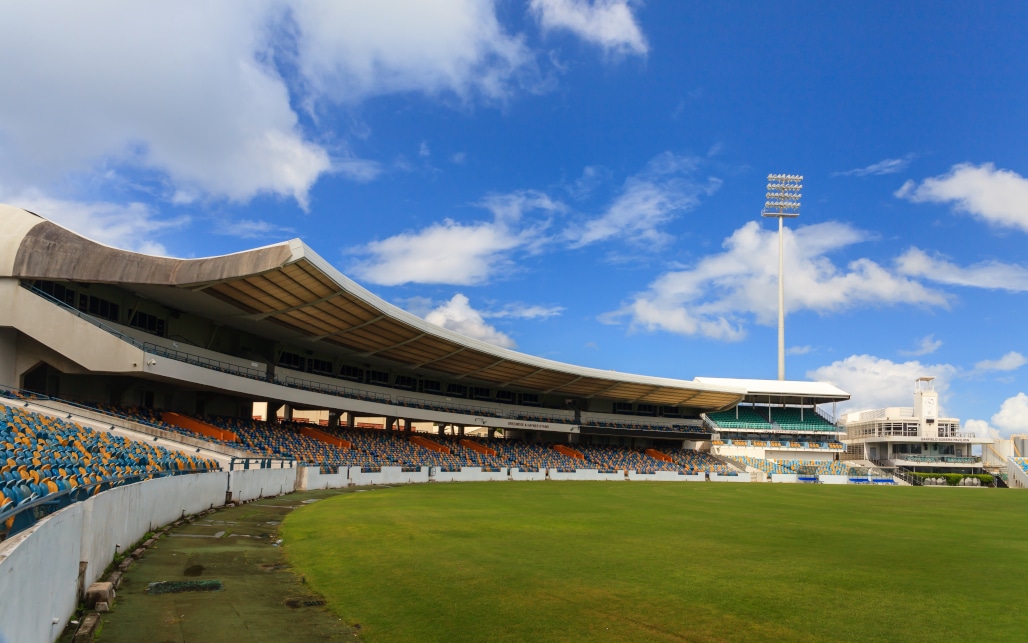 Locally referred to as ‘The Mecca’ of cricket, the Kensington Oval is situated to the west of Bridgetown and has been home to Pickwick Cricket Club since the 1880s.

At the end of the 2004-5 season, the stadium was demolished and a new one built at a cost of 135 million US dollars. This was done for the 2007 World Cup in the Caribbean. Other West Indies stadiums, like Warner Park, Queen’s Park Oval and Sabina Park, also underwent makeovers at varying expenses.

The venue hosts more than just cricket. The Barbados national football team have played here, while music concerts featuring Rihanna and others have been accommodated here.

What to look for when betting on matches at Kensington Oval

Like other West Indies ground, the Kensington Oval has been hard and fast in the past, but lagged a bit in recent times.

Those who are keen on betting on CPL cricket will want to know that the ground has the two lowest totals in the history of the Caribbean Premier League and a third lower down in the top 10 lowest CPL team scores.

In international cricket, the ground frequently provides a good contest between bat and ball. Teams who bat or bowl first have all but taken it in turns to win Tests, ODIs and T20Is here. There is no definitive recent theme to suggest the team who wins the toss will win the match here.

Jonhenry
Jonhenry is a cricket nut. He has written about the game for several years and knows more about South African cricket - club cricket, in particular - than most. He has been published on most reputable cricket sites and, nowadays, devotes his knowledge of the global game to the iGaming industry. When he is not producing content about cricket, Jonhenry is playing, watching or coaching it. If not that, he's reading about the game or administrating his local cricket club.
Home > Kensington Oval