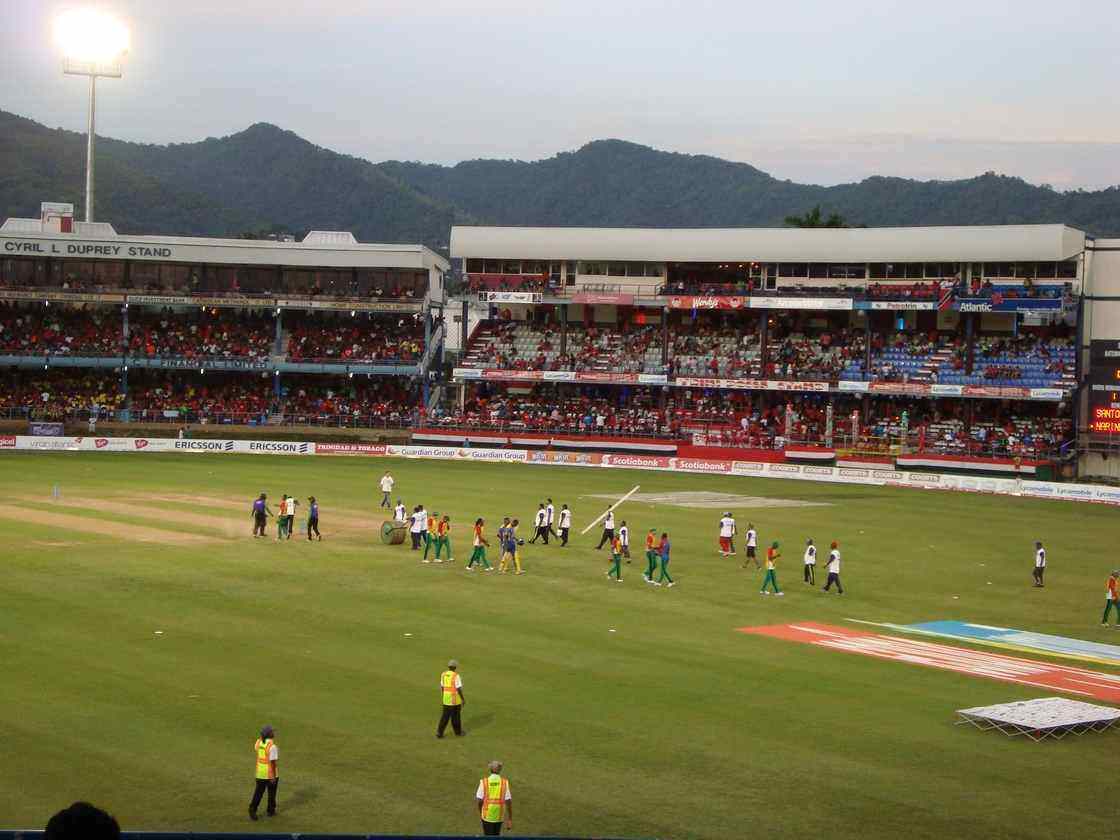 Previously known as the St Clare Oval, Queen’s Park Oval is one of the largest cricket ground in the West Indies – and arguably among the most picturesque with the northern hills as a backdrop.

The ‘Concrete Stand’ was eventually renamed the Learie Constantine Stand after the former West Indies cricketer. The ground received floodlights in 2008.

Like Warner Park, Sabina Park and others, the venue underwent a facelift prior to the 2007 World Cup in the Caribbean.

Damage caused by mole crickets made the preparation of turf pitches too difficult and, for 40 years, a clay strip and matting was used to play on. That ended in the mid-1950s, with natural turf used since.

The last 10 years of ODI and T20I cricket at the Queen’ Park Oval has brought mixed results for teams batting first and second. There is no definitive trend to suggest bowling first or second is the best choice, but in Test cricket the fourth innings has generally yielded good results for the team batting last.

Those who bet on CPL cricket will be interested to know that the Queen’s Park Oval has just two of the tournament’s top 10 scores, but none among the 10 lowest totals.

Jonhenry
Jonhenry is a cricket nut. He has written about the game for several years and knows more about South African cricket - club cricket, in particular - than most. He has been published on most reputable cricket sites and, nowadays, devotes his knowledge of the global game to the iGaming industry. When he is not producing content about cricket, Jonhenry is playing, watching or coaching it. If not that, he's reading about the game or administrating his local cricket club.
Home > Queen’s Park Oval