England and Pakistan will end their series, which also featured three Tests, with as many T20I matches. All three will be played at Old Trafford in Manchester.

As a new cricket match predictions site free of charge, we’ll cover this series and give you the best advice and expert tips.

It’s worth noting their head-to-head history in the shortest format. England have beaten Pakistan 10 times. Pakistan have outdone England on four occasions. They have shared one tie. 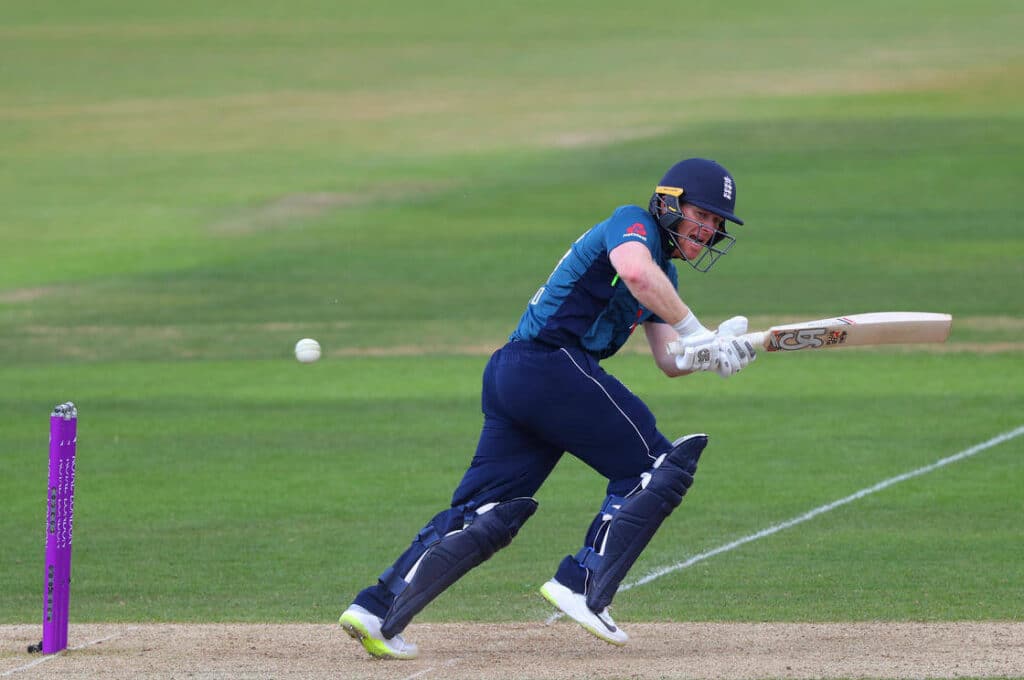 England have recalled batsman Dawid Malan and seamer Chris Jordan. All-rounder Lewis Gregory is also back, while batsman James Vince has been left out of the squad.

Former captain Sarfaraz Ahmed and batsman Fakhar Zaman have been recalled to the Pakistan squad. Opening batsman Shan Masood, who performed well in the 2020 PSL, was not chosen.

Our top cricket writers will be producing match previews packed with our expert free tips for every one of the three T20Is played in this series.

We will make sure we highlight our best bets for each individual clash at least 24 hours before the action gets underway.

For the overall series win, it is England that are considered the favourites on home soil. They are priced at 1.62 with CampoBet to come out on top.

Pakistan, who made England work so hard for their narrow Test series success, can be backed with CampoBet at 2.31.

England will need to be better than their recent limited-overs showing again Ireland, albeit in the one-day format. Too often Morgan has been needed to rescue them at key moments and it means they could be vulnerable to this Pakistan team’s dangerous bowling attack.

Given the prices, it could be worth siding with Pakistan to pick up the series win, especially if they can bag an early victory with only three games to play.

Back Banton to be England’s Top Batsman

Tom Banton had a fine rise to prominence last season and can now kick-on on the international stage with England.

He played some fine T20 innings in the T20 Blast for Somerset and continued to shine for Brisbane Heat in the Big Bash and Peshawar Zalmi in the PSL. Those experiences in Pakistan could prove vital as he comes face-to-face with bowlers he knows a little more about.

Jonny Bairstow rightly heads this market at 3.0 but taking on that England top order with Banton could be the value play for this series.

He can be backed at 5.0 with bet365 to be England top series batsman.

Mohammad Hafeez could be an interesting pick to be Pakistan’s main man with the bat for the series.

He didn’t feature in the T20Is against Australia last winter but did smash an unbeaten 67 against Bangladesh when last in action in the shortest format.

Babar Azam is odds on to take this honour but he could be worth taking on in English conditions at such a prohibitive price. Hafeez, however, can be backed at 6.0 with bet365.

A wildcard selection could come in the form of uncapped Haider Ali. He had an eye-catching PSL can could be worth noting at 13.0.

While it may be a big ask for him to outshine more established players over three matches, he could also be one to consider on a match-by-match basis should he be handed the opportunity to shine.

OPEN / CLOSE ALL
How can I bet on England v Pakistan T20I series?

Bet on cricket from India with the best betting websites for rupees. Those that have live streaming, an app version of the site and plenty of markets available.

Can I get free tips on England v Pakistan?

Yes. Our experts put together the best bets for every match of the series. These free cricket predictions also come with the latest odds, team news and pitch conditions.

Who is the best player in the Pakistan cricket team?

Pakistan have many excellent T20 players. Captain Babar Azam is among their best batsmen. Shaheen Afridi and Haris Rauf are two of their best bowlers.

Who is the England T20 captain?

Eoin Morgan is the captain of the England T20 team. He is also their ODI captain. Morgan captained England to the World Cup title in 2019.

Jonhenry
Jonhenry is a cricket nut. He has written about the game for several years and knows more about South African cricket - club cricket, in particular - than most. He has been published on most reputable cricket sites and, nowadays, devotes his knowledge of the global game to the iGaming industry. When he is not producing content about cricket, Jonhenry is playing, watching or coaching it. If not that, he's reading about the game or administrating his local cricket club.
Home > England v Pakistan 2020: T20I Series Preview