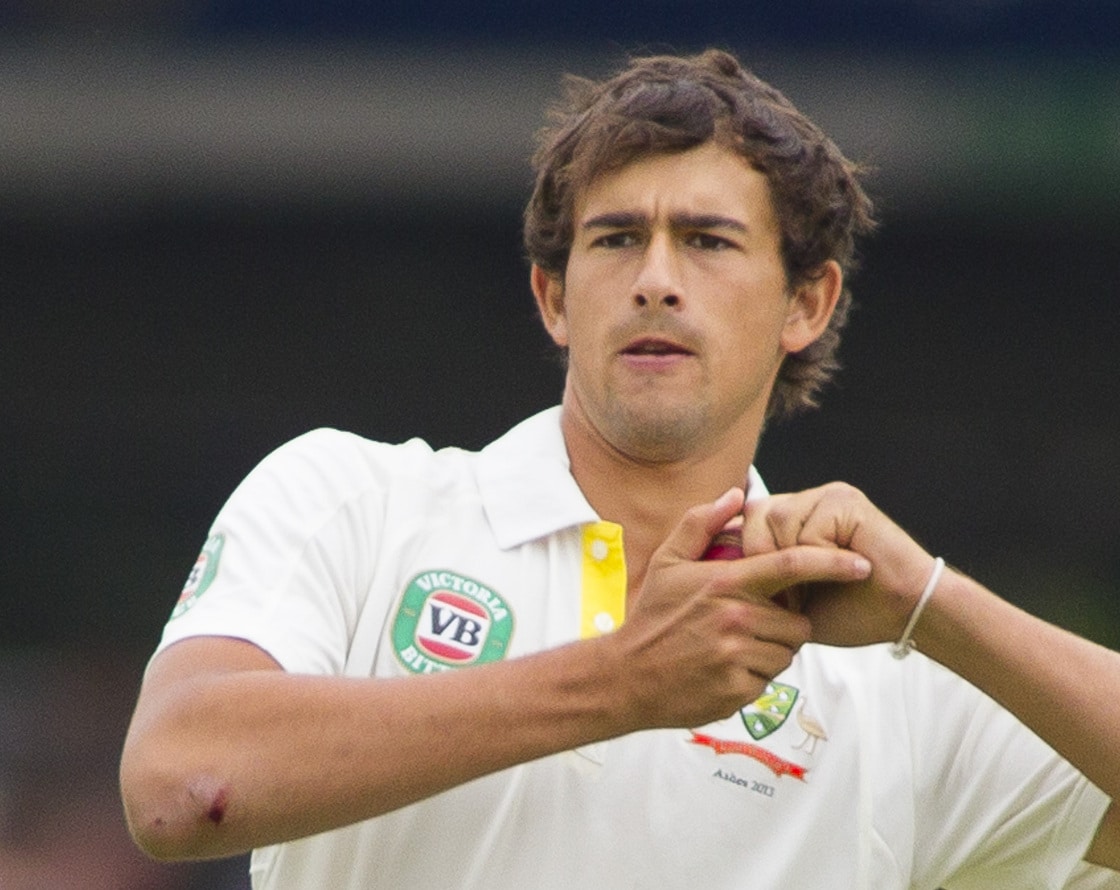 Australian Ashton Agar drew inspiration from Indian all-rounder Ravindra Jadeja before taking a five-wicket haul, including a hat-trick, against South Africa in Friday's first T20I at the Wanderers in Johannesburg.

Australia won the series opener by 107 runs on the back of Agar's Player of the Match performance, which included the dismissal of batsman Faf du Plessis, all-rounder Andile Phehlukwayo and tail-ender Dale Steyn with successive deliveries. Agar, like Jadeja, is a left-arm spinner.

“I had a wonderful chat with Ravindra after the India series earlier this year. He's my favourite player in the world – I want to play cricket like he does,” said Agar.

“He's an absolute rockstar – smacks them, gun fielder, and spins the ball. But it's just his presence when he's out there, watching his confidence… just talking to him about spin bowling, keep trying to spin the ball. When he's batting he has a really positive attitude, and he takes that attitude into the field as well.

“So I was pretty inspired by talking to him. And I've got good people around me: I've got a wonderful fiancée – she's very supportive, so I'm really lucky – and a great family. They're able to keep me really level.”

Agar's hat-trick is the 13th in T20I cricket. He is the second Australian to take one, after fast bowler Brett Lee against Bangladesh at Newlands in Cape Town in 2007. Sri Lanka's Lasith Malinga is the only cricketer to claim to T20I hat-tricks.

“It was really exciting – obviously a highlight of my cricketing life. My job was made a lot easier when I had Mitchell Starc, Pat Cummins, Kane Richardson and Adam Zampa doing the job before me,” he added.

“It's funny, I was actually feeling horrible coming into the game. Obviously when the wicket turns a bit, [you] get a bit of assistance and your job's made a bit easier, you get on a roll and you keep going.”

Captain Aaron Finch was at hand to take the catch that completed Agar's hat-trick. He was standing at first slip, when Steyn's attempted drive only resulted in a thick edge.

“There was about a 10 percent chance of me catching that. Agar bowled beautifully. He deserved all the rewards today. The length, and just a little bit of assistance in the wicket, makes a huge difference in T20 when you're looking to go very hard,” concluded Finch.

Jonhenry
Jonhenry is a cricket nut. He has written about the game for several years and knows more about South African cricket - club cricket, in particular - than most. He has been published on most reputable cricket sites and, nowadays, devotes his knowledge of the global game to the iGaming industry. When he is not producing content about cricket, Jonhenry is playing, watching or coaching it. If not that, he's reading about the game or administrating his local cricket club.
Home > Ashton Agar: Ravindra Jadeja My Favourite Cricketer