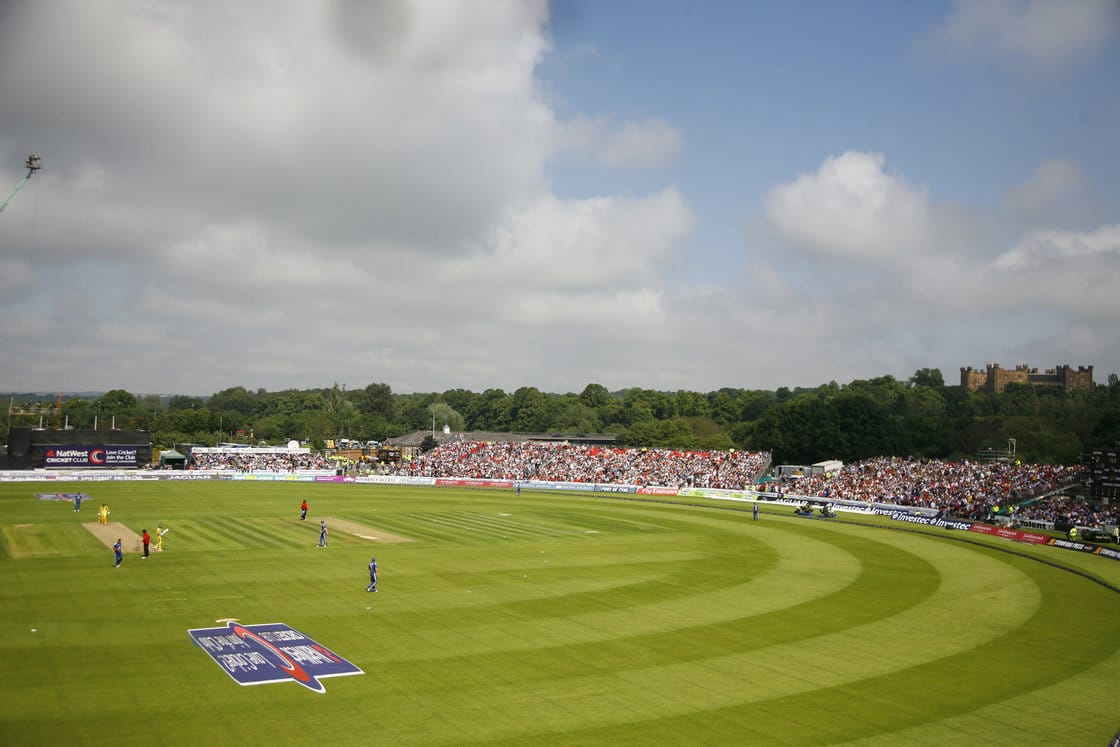 The highest T20 Blast total at Chester-le-Street was achieved by hosts Durham against Leicestershire in 2010. Durham went on to record a 71-run success after New Zealander Ross Taylor, batting at three, hit an unbeaten 80 from just 33 balls.

Riverside Cricket Ground, also known as Chester-le-Street due to its location, is the home of Durham County Cricket Club. It hosts fixtures of the Durham CCC in the County Championship and their limited-overs teams in the One-Day Cup and T20 Blast. The ground has also hosted a number of international fixtures.

The stadium was built to a Test-standard in 1990 as part of Durham’s acceptance as a first-class county. Its first match since the upgrade saw Durham take on a touring New Zealand side in 1992 before facing Warwickshire in 1995. The first international clash at the site was a One-Day International between Pakistan and Scotland during the 1999 World Cup. A first Test Match at the ground was held when England met Zimbabwe in 2003. That occasion meant it was the first new Test ground in England since 1902. The Riverside held a first T20I between England and South Africa in 2008.

The first floodlit clash at Riverside was when Durham, then known as the Durham Jets, faced Yorkshire in a T20 Blast match in 2015. It was most recently chosen to hold three fixtures during the 2019 World Cup as it continues to build on its international standing.

What to look for when betting on matches at the Riverside

England have a good record at the Riverside having won seven of the last eight games there. They have also never lost a Test match at the ground thanks to victories over Australia, Zimbabwe, West Indies, Bangladesh and Sri Lanka. The ground tends to favour the team chasing in ODI cricket and has seen the 300-mark surpassed on five occasions in the one-day game. England’s record in T20Is is mixed.

Chris
Chris is passionate about all forms of cricket and loves writing about the sport. He has a background in both sport and news journalism and has written cricket and other sports content for several years now. Chris has written about all levels of the game from regional club cricket in England to the international stage. He now brings that experience to the iGaming industry where he combines it with his love of betting. Chris loves to bet on many different sports, but particularly enjoys seeking out the best value bets on offer and passing that on through his coverage.
Home > Riverside Cricket Ground