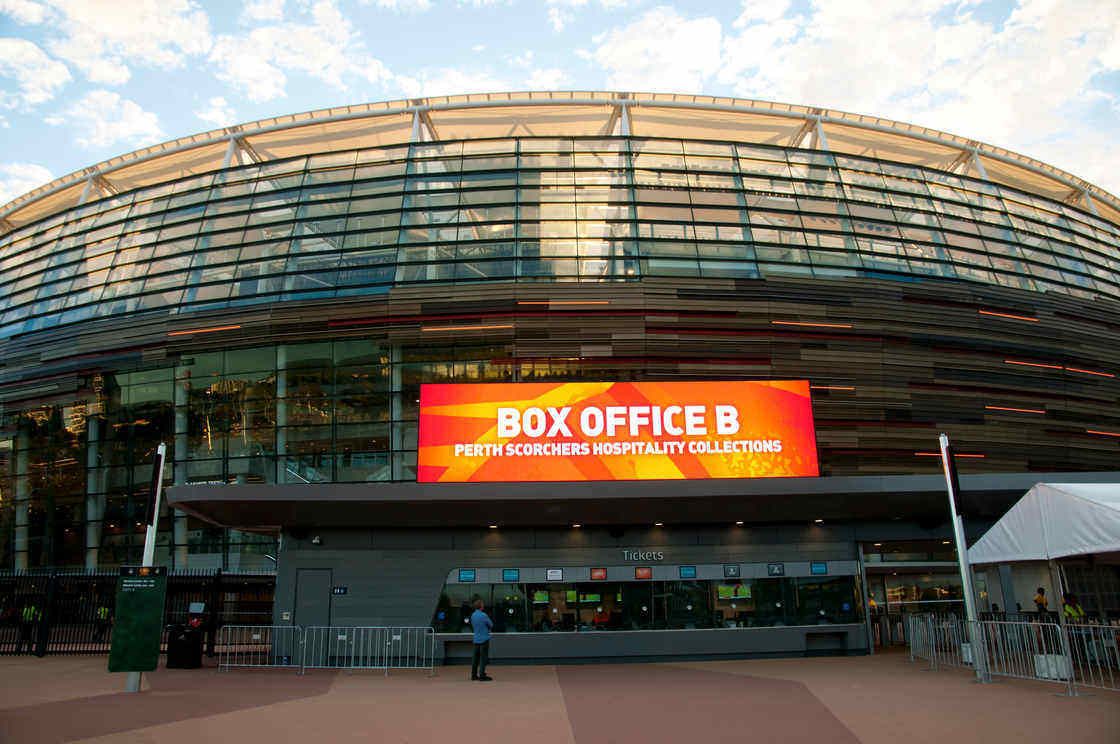 A score of 213 by Perth at the Perth Cricket Ground is the fifth-highest BBL total. The made it when batting first at home to the Heat in January 2020. Openers Josh Inglis (28) and Liam Livingstone (39) made a solid start to the innings before Mitch Marsh smashed 93 off 41 balls.

Perth Cricket Ground, also currently known as the Optus Stadium due to sponsorship rights, is the third-largest stadium in Australia. Development work was completed at the end of 2017 and the ground was officially opened in January 2018. It holds around 60,000 spectators. Only the MCG and Stadium Australia hold more people.

The ground is used for Australian rule football as well as cricket, but it was a cricket match that was the first event played there. Home side Perth Scorchers took on England Lions in back-to-back T20 games in December 2017. The official launch ceremony a month later featured a community open day.

Perth Scorchers, who play in Australia’s Big Bash League, have since moved from their previous home at the WACA to be based at Perth Cricket Ground. The stadium also hosts the Australia national team for Test match, ODI and T20I cricket.

The first major event at the new stadium was a one-day clash between Australia and England in January 2018. Perth Stadium held its first-ever Test match in December 2018 when Australia face India. It also became the fourth Australian venue to host day/night cricket in December 2019.

The pitch at the Optus Stadium in Perth has been lively in its early years. It has also had spells of uneven bounce and been known to break up at times with cracks appearing. It has won praise among players for being a good wicket to play on.

So far, Australia have a 100% win record from their two Test matches at the ground. On both occasions, they won after batting first. England also chalked up a win when batting first in their ODI here in 2018.

Chris
Chris is passionate about all forms of cricket and loves writing about the sport. He has a background in both sport and news journalism and has written cricket and other sports content for several years now. Chris has written about all levels of the game from regional club cricket in England to the international stage. He now brings that experience to the iGaming industry where he combines it with his love of betting. Chris loves to bet on many different sports, but particularly enjoys seeking out the best value bets on offer and passing that on through his coverage.
Home > Perth Cricket Ground