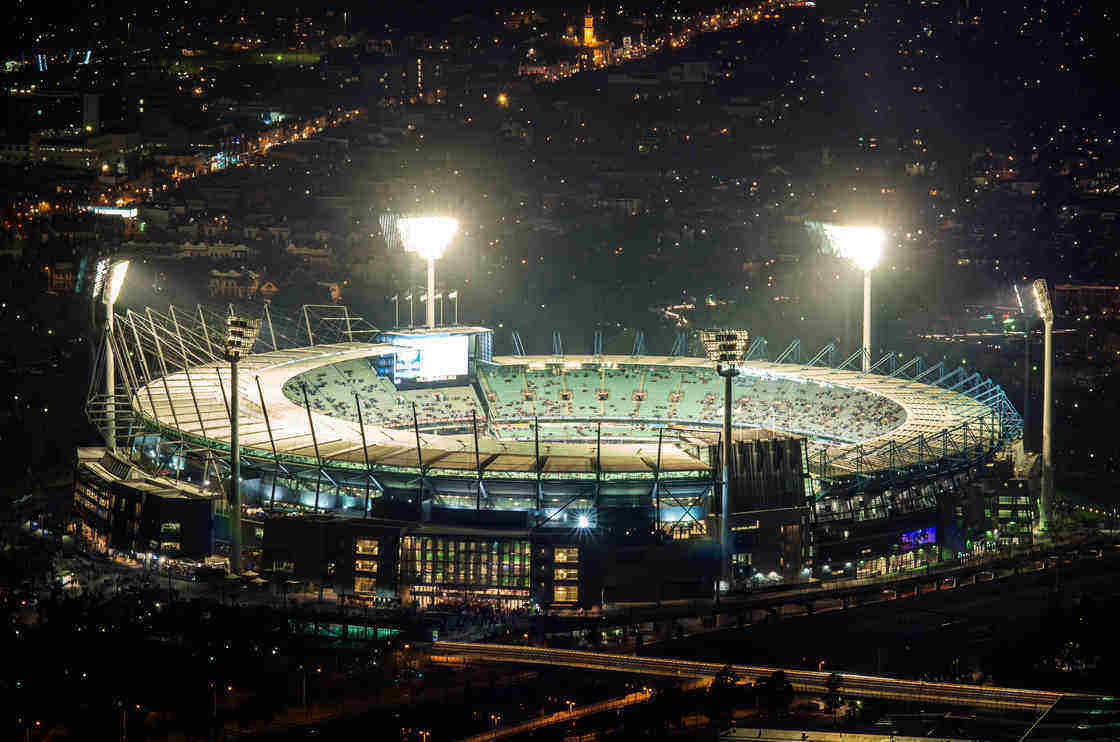 The highest BBL score at the MCG and the third-highest in BBL history came from Marcus Stoinis’s record-breaking knock in January 2020. The opener smashed 147 off 79 balls to dismantle to Sixers bowling attack. As well as bagging an individual league record, Stoinis and Hilton Cartwright also put on a record BBL partnership of 207.

Australia’s Melbourne Cricket Ground, also known as the MCG, is the largest cricket stadium in the southern hemisphere and holds more than 100,000 spectators.

The site was chosen by the Melbourne Cricket Club (MCC) in 1853 and it has hosted the sport ever since. It was stipulated by the government at the time that the site was only to be used for cricket. This stayed in place until 1933 and the MCG now hosts an array of other sports too, including rugby Aussie rules and soccer.

The very first cricket match played at the ground was between Victoria and New South Wales in 1856. The first tour by an England team came in 1862 and its success led to others soon after.

A first Test match took place in 1877 when an Australia team was put together to face James Lillywhite’s touring England side that year.

MCG, along with the Sydney Cricket Ground, was one of two major Test venues throughout much of the 20th century. The ground also hosts Australia’s famous Boxing Day Test each year, as well as international one-day and T20 cricket. Not only did the MCG host the first Test contest but it also held the first ODI in 1971.

Melbourne Cricket Ground is also known for its atmosphere, especially during Ashes clashes between Australia and England.

What to look for when betting on matches at the MCG

The pitch at the MCG is known to offer fair balance between bat and ball and has consistent bounce. That hasn’t always been the case, however, with the pitch in the 80s often known as the worse in the country due to its inconsistent bounce. This was the case until today’s drop-in pitches came into use.

Don Bradman remains the leading Test run-scorer at the ground with 1,671 runs from just 17 innings. The leading Test wicket-taker is Derek Lillee with a stunning 82 wickets in 26 innings.

Chris
Chris is passionate about all forms of cricket and loves writing about the sport. He has a background in both sport and news journalism and has written cricket and other sports content for several years now. Chris has written about all levels of the game from regional club cricket in England to the international stage. He now brings that experience to the iGaming industry where he combines it with his love of betting. Chris loves to bet on many different sports, but particularly enjoys seeking out the best value bets on offer and passing that on through his coverage.
Home > Melbourne Cricket Ground