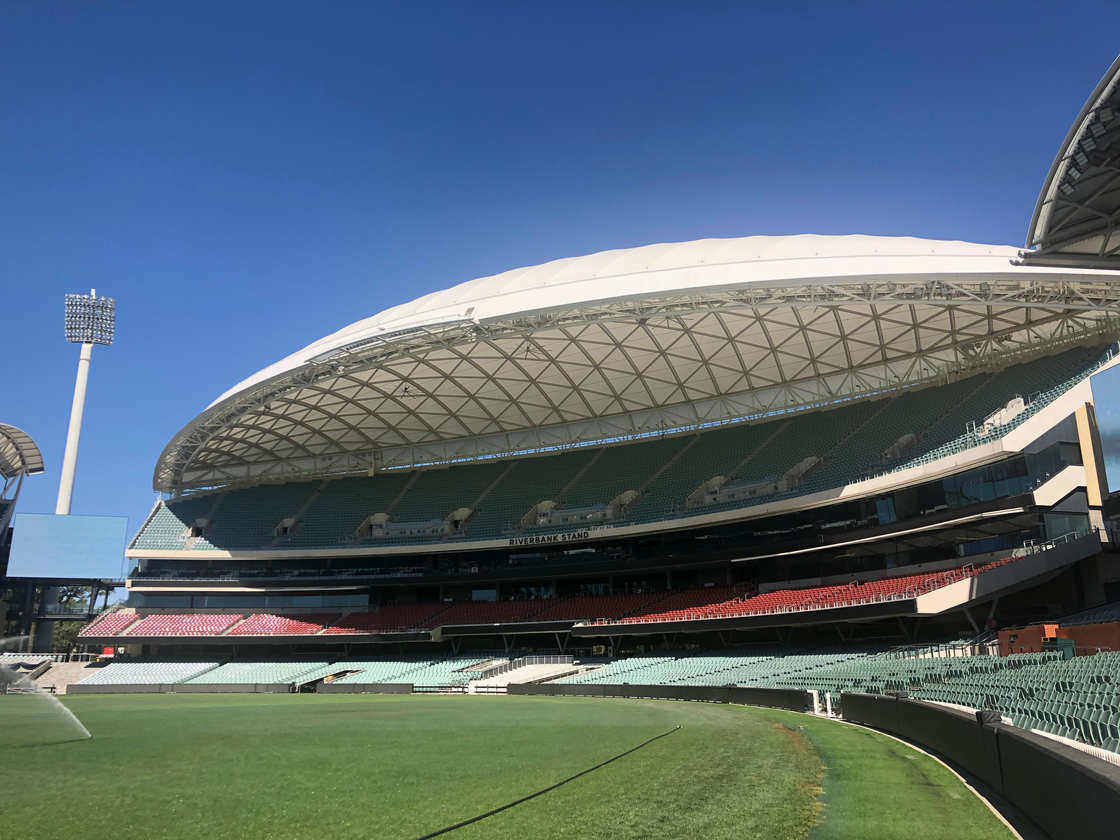 Hobart’s 217 in Adelaide in January 2020 holds the record as the highest score at the ground in the BBL. Key to the knock was a sublime 61-ball 130 from captain and opener Matthew Wade. He was brilliantly supported by D’Arcy Short’s 72.

The Adelaide Oval is considered one of Australia’s most picturesque cricket grounds and has hosted the sport since 1873.

The first game to be played on the ground took place between a team of Australian-born players and a team of players who were born overseas. A year later in 1974, the Oval host its first international fixture when England beat South Australia by seven wickets.

The popular venue in Adelaide, South Australia, held its first Test match in 1884 between England and Australia. The ground has held a Test match every summer since.

It has been the headquarters of the South Australian Cricket Association since 1871 but now also hosts other sports and concerts.

It is known for holding the annual Australia Day ODI on January 26. This replaced a traditional Australia Day Test. However, the site plays host to one of five Ashes clashes between England and Australia every four years.

Adelaide Ovals held its first T20I contest in 2011 and was the first venue to host a day/night Test match when Australia faced New Zealand in November 2015.

As its name suggests, the ground is a true oval in shape. This does make straight sixes a rarity at the venue, with sixes more commonly played square of the wicket.

The pitch at the Ovals has been kind to spinners over the years with Shane Warne topping the wicket table ahead of Nathan Lyon. Warne took 56 wickets at the ground in 13 matches before his retirement. Current Australian spinner Lyon is hot on his heels with 50 wickets to his name from nine matches.

That said, before the spinners come into play later in the game, the pitch is known for being one of the most batting friendly surfaces in the country.

The top run-scorer at the stadium is former Australian skipper Ricky Ponting. He has 1,743 runs to his name in 31 innings.

Chris
Chris is passionate about all forms of cricket and loves writing about the sport. He has a background in both sport and news journalism and has written cricket and other sports content for several years now. Chris has written about all levels of the game from regional club cricket in England to the international stage. He now brings that experience to the iGaming industry where he combines it with his love of betting. Chris loves to bet on many different sports, but particularly enjoys seeking out the best value bets on offer and passing that on through his coverage.
Home > Adelaide Oval